California’s High-Speed Rail Authority has secured $25m in federal grants from the US Department of Transportation to move ahead with the 191.512km (119 miles) high-speed railway project into downtown Merced.

The funding was awarded through the Rebuilding American Infrastructure with Sustainability and Equity (RAISE) discretionary grant programme.

This is said to be more than half of the total estimated $41m cost for the design contract to connect the Madera and Merced cities.

The new funding represents the second grant for the high-speed rail project received under the Biden Administration since November last year. 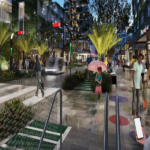 The project received $24m in the last fall that will be utilised for key safety, efficiency, and construction projects in and around Wasco city and State Route 46.

California High-Speed Rail Authority CEO Brian Kelly said: “This grant is vital for the Authority to advance its initial electrified service between Downtown Merced and Bakersfield.

“Next week, our Board will consider awarding the contract to advance the design work for this transformative project.”

Furthermore, the authority is looking to secure $1.3bn in federal funding to accelerate the high-speed railway project, which is currently under construction.

The financing will also be utilised for purchasing new electric train sets, which are capable of operating at more than 200 miles per hour.

It will also help expedite the construction of electrified high-speed rails between Merced and Bakersfield by the end of the decade.