Verdict has been conducting a poll to study the trends in business optimism during COVID-19 as reflected by the views of companies on their future growth prospects amid the pandemic.

Analysis of the poll responses recorded in August shows that optimism regarding future growth prospects decreased by three percentage points to 59% from 61% in July, reversing the improvement made in the preceding two months. The rise in cases related to the Delta variant and inflation concerns negatively impacted optimism during the month.

The respondents who were optimistic decreased by two percentage points to 23% in August, while those very optimistic remained unchanged at 36%.

The percentage of respondents who were neutral (neither optimistic nor pessimistic) increased by two percentage points to 17%. 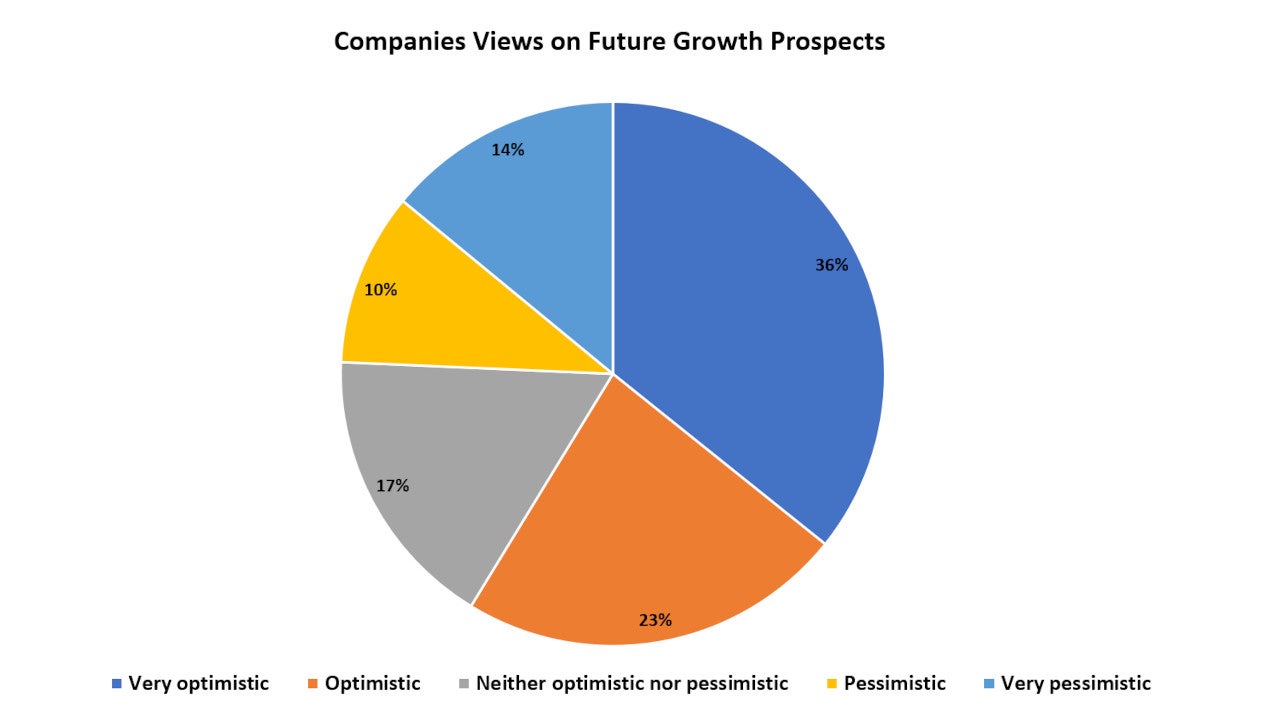 The analysis is based on 1,197 responses received from the readers of Verdict network sites between 01 August and 31 August 2021.

The Delta variant of the coronavirus was responsible for a steady increase in COVID cases in the US during August impacting business confidence during the month. Daily average of new COVID cases reached approximately 150,000 by the end of August, which is more than a ten-fold increase from 14,000 cases recorded on 01 July, according to the US Centers for Disease Control and Prevention (CDC).

Consumer confidence declined to 113.8, to the lowest recorded since February 2021, according to the Conference Board Consumer Confidence Index®. The percentage of consumers who anticipate business conditions to improve declined from 30.9% in July to 22.9% in August. Furthermore, 17.8% of consumers anticipate business conditions to worsen, as against 11.9% in July.

The rising fuel and food prices also negatively impacted consumers’ views on the existing economic conditions. The Expectations Index that assesses consumers’ short-term expectations for the income, business, and labour markets declined to 91.4 in August from 103.8 in July.