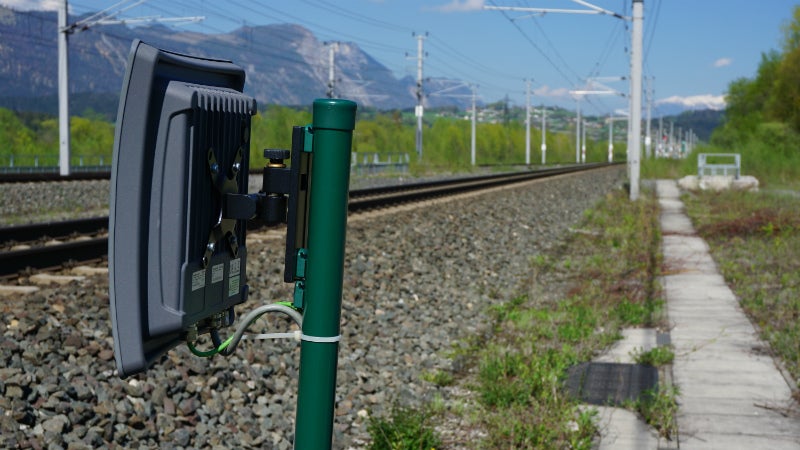 The rail-reader is a small and easy-to-use solution that detects and analyses trains travelling at full speed.

The reader measures the speed and direction of trains by analysing the signals from axlecounters and reading 12-digit international numbers received from trains’ RFID transponders (if wagons have been equipped with them).

Within seconds of the train passing, the system provides a detailed ‘train report’ which can be used to allocate measurements from wayside train monitoring equipment (WTMS) such as wheel geometry, axle loads, temperatures, noise emission and more exactly to the wagons or their parts.

The WALEM noise analysis system consists of a calibrated measuring microphone and energy-saving electronic components that capture and analyse the noise emissions of passing trains.

The system creates noise reports in accordance with corresponding regulations, and can be combined with the rail-reader system, which generates corresponding vehicle reports. Together with acoustic emissions measurements, these results allow operators to assess the condition of rail cars.

The FreeSEAT system is based on small autonomous sensors, which are placed under the seats of rail vehicles.

These sensors recognise when seats are occupied and reports this to a receiver installed in railcars, which transfer data to a host computer in accordance with adjustable criteria.

Following analysis, this information can serve as a basis for advertising plans near seats at platforms, as well as reservation systems on trains.

The system is expected to become commercially available in volumes from Q3/Q4 2017.

Prosoft’s team comprises highly qualified experts with many years of experience. The company cooperates with universities and research and measuring institutes and has its own IT infrastructure.

Prosoft’s operation and information processing is carried out by its subsidiary, Rail Data Services (RDSA).

The reliable transport operation of a railway network depends on the efficiency of its nodes, such as stations, loading and unloading terminals, shunting and transfer yards and others.

The reliable transport operation of a railway network depends on the efficiency of its nodes, such as stations, loading and unloading terminals, shunting and transfer yards and others.

Prosoft Süd Consulting is a specialist in the development, piloting and operation of industrial location and data acquisition systems for railway and transport.

Different global navigation satellite system (dGNSS) enabled mobile units on railway vehicle and appropriate software tools can be used to acquire surveillance data from railway tracks in an efficient way and without disturbance of the daily shunting work.

Cities are imperceptibly becoming Smart Cities. But what does that actually mean?