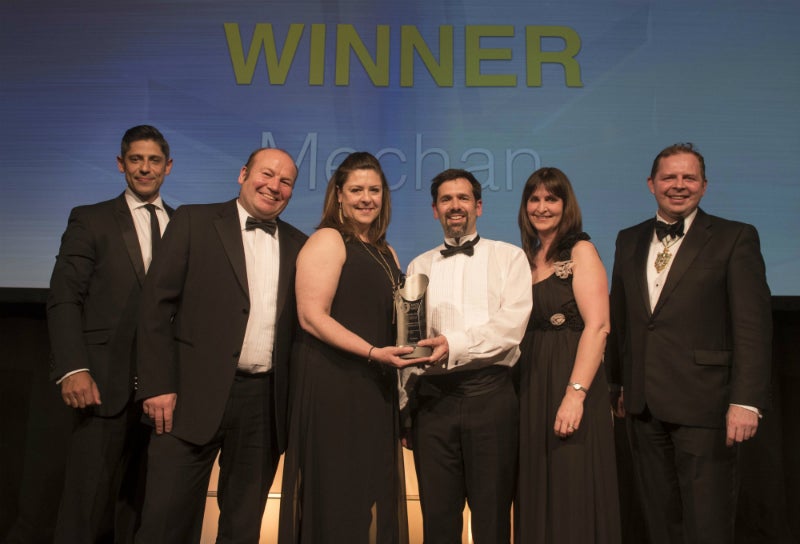 Rail depot equipment specialist, Mechan, is celebrating success at the Made in Sheffield Awards for a second consecutive year.

The Sheffield-based manufacturer has been named the region’s top investor in people at the 2016 competition, after winning the SME title just 12 months ago.

The Investment in People award is presented to the firm that has demonstrated the greatest commitment to the development of its workforce. Mechan was applauded for its efforts to reward and engage staff, cultivating an environment that encourages creativity in the pursuit of continuous improvement.

Sheffield’s Master Cutler, Craig McKay, presented Mechan’s team with its trophy at a special ceremony held at the historic Cutlers Hall. It was attended by almost 300 manufacturers from across the region and featured guest speaker, Channel 4’s Krishnan Guru-Murthy.

Richard Carr, Mechan’s chief executive, said: "We are thrilled to be adding another trophy to our growing collection, particularly in a category that acknowledges the hard work and dedication shown by our staff on a daily basis. We recognise that by helping individuals at all levels thrive and develop, they will enjoy coming to work and make a valuable contribution to the success of the firm."