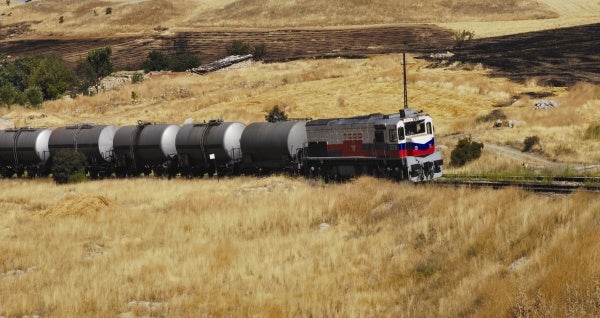 The ground-breaking ceremony of rehabilitation and signalisation of the Irmak-Karabük-Zonguldak railway line was held on 15 May 2012.

The line is connecting Irmak station junction, which is located close to Ankara, with the Black Sea harbour Zonguldak in the north. The project will be constructed by a Yapi Merkezi and MON Construction Company business partnership.

The European Investment Bank has stepped up its support for smart growth in Turkey with a €445 million financing package for climate change and entrepreneurship.

This project aims to rehabilitate and implement a signalisation system for the 415km Irmak-Karabük-Zonguldak railway line, while linking the Anatolia region with several ports on the Black Sea for freight and passenger transport.

Apart from generating significant environmental benefits, it will lead to time gains, improved security and boosted economic development. The project also has a pan-European dimension, as it links in to the extended Trans-European-Network (TEN-T) lines.

The European Union is also providing a grant of €190 million to the project through its instruments for pre-accession (IPA) funds. This project is therefore an excellent example of complementary use of EU grants and EIB loans for a priority investment in the sustainable transport infrastructure in the country.

The project includes the complete renovation of the permanent way, substructure, bridges and culverts, the introduction of new telecommunication and signalling systems and changes to the track layout in some selected stations.

Being a rehabilitation of a line along the existing alignment with no changes of the location of the permanent way, the project is expected to fall under annex II of the relevant EC directive and applicable Turkish legislation.

The scope of the project consists of as follows: