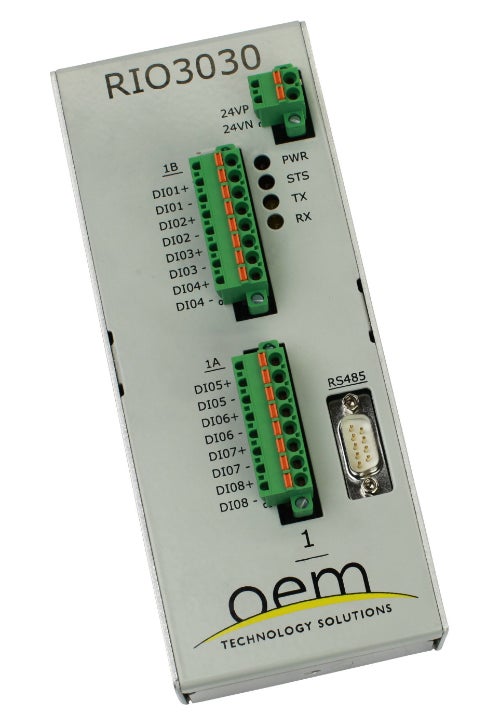 OEM’s Sydney engineers have taken space efficiency to new levels, developing I/O Modules compliant with the tough British Rail RIA12 standard that are 30% smaller than anything else on the market.

The units are half the size of some competitors’ modules. The development will allow the company to push aggressively into the multi-million dollar UK train refurbishment market where it has already won significant contracts.

OEM managing director, Richard Gobee, said that much of the intellectual property behind the break-through development showed just how the design team thought outside the box. Compliance with the British Rail Board’s 1984 RIA12 standard for the ability of hardware to handle electrical surges on trains was essential if OEM was to gain a foothold in that market.

The company’s challenge was that it had a product with a certain footprint, a product for which its own modules had been purpose designed. To go down the same track of other RIA12 compliant manufacturers would have meant increasing the size of the whole unit to accommodate larger I/O Modules.

"In trains, the ability to save space is one of our biggest advantages. We just didn’t want to sacrifice that, so we challenged our designers to come up with a new compliant module," Richard said.

"They came up with some incredibly clever solutions, many of which we are not prepared to reveal. "However, one very good example of their innovative approach was the way they treated the space between the connectors on the outside of the circuit board.

"Our connectors are separated by a 5mm space but under RIA12 testing conditions, when an 8.4kV current is introduced the gap is too small and a spark jumps pin to pin.

"Rather than increase the gap, they sliced a groove along it, thus increasing the air gap between the pins to reduce arcing." Richard said that while the United States and Europe have different, less demanding standards than the British train system, being able to supply these markets with above standard I/O modules would be an advantage for the Australian manufacturer.