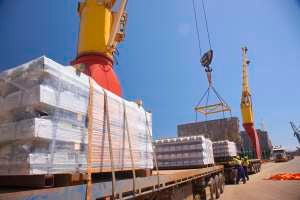 Austrak’s Dubai factory continues to exceed production targets and is on track to make its fourth shipment of sleepers into Port Hedland this July.

The first shipment of 8,000t was received in March 2012, with all aspects of production and delivery going smoothly.

The sleepers are destined for use in the Pilbara for key client FMG’s heavy-haul iron ore railway.

The Dubai facility grew out of increased demand for sleepers, which the Port Hedland factory was unable to entirely meet.

In total, the Dubai factory will produce 255,000 pre-stressed concrete sleepers for use on FMG’s Solomon Expansion project. This represents a global team effort for the total 445,000 sleepers required, with the remainder being produced in Port Hedland.