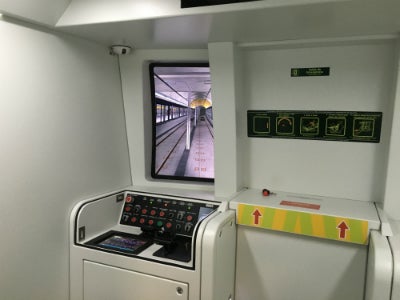 This week LANDER has completed the installation of a complete simulation classroom to provide training in the operation of the first Driverless Metro in Latin America.

Private operator VIAQUATRO (São Paulo), whose shareholders are formed mainly by the CCR Group, is responsible for the operation and maintenance of Line 4 of the metro network of Metrô de São Paulo. In the year 2010, the 30-year concession started, at the time the first concession in Brazil of a Metro via the public private partnership (PPP) system with the State Government of São Paulo.

It has been working for several months during 2015 with VIAQUATRO to develop the simulators, and it has been years since the idea started to be considered at the company. From the start, at LANDER we sought to accompany the customer to understand their training needs and to see what solutions could provide better benefits in their daily operation.

For the driverless operation of VIAQUATRO the company SIEMENS develops the most modern signage system in Latin America, based on an integral automation concept that manages to offer surprising frequencies of 90 seconds between trains. This modern signage system was integrated in the trains made by Korean manufacturer HYUNDAI ROTEM, thus achieving a driverless operation unique in the American continent.

At LANDER we wanted to give it our best and provide top-level simulators that could guarantee for VIAQUATRO the most realistic and comprehensive simulation of the driverless system for training in anomalous and maintenance situations. All with the shared goal of providing the best and fastest service for the users of Line 4.