Ride-hailing company Uber is launching a pension scheme for its 70,000 UK drivers that will require it to make payments back to 2017, following its Supreme Court loss earlier this year.

Private hire drivers will be auto-enrolled onto the scheme, which will see Uber contribute 3% of a driver’s earnings into a pension plan – the minimum required under UK employment law. Drivers must make a minimum contribution of 5% and can choose to opt-out.

The Uber driver pension will be provided by NOW: Pensions and managed by Adecco.

In February Uber lost a landmark Supreme Court case that reclassified its UK drivers as workers, entitling them to minimum wage, paid holiday and a pension. Previously Uber classified drivers as independent self-employed contractors, a classification that comes with few worker rights but which Uber continues to use in markets outside of the UK. 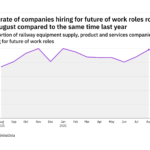 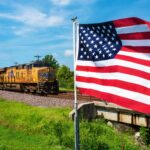 The Supreme Court ruling did not apply to UK Uber Eats riders, which means those working for its lucrative food delivery division are not entitled to the new pension scheme.

Notably for Uber it must backdate pension payments as far back as 1 May 2017, or the date of their first trip if they joined since then. The move will cost millions of pounds at a time when the firm’s revenue has just started to recover from the pandemic.

The Silicon Valley firm is yet to report an annual profit in its 12 years of operation. However, Uber did report a surprise one-time profit of $1.1bn in Q2 but that was largely due to unrealised gains from its investment in Chinese ride-hailing firm Didi and driverless car startup Aurora.

In May, Uber set aside $600m to cover the cost of retrospective pay claims from drivers. It will also face increased costs in the UK going forward and its UK drivers also made history by joining the first union, GMB, to be recognised by Uber.

According to GlobalData’s ecommerce thematic scorecard, Uber is ranked 47th and performs particularly poorly on regulation, sustainability and Covid-19.

The Supreme Court’s decision did not apply to other ride-hailing companies. Uber once again put pressure on other ride-hailing brands, such as Bolt and Ola, to offer similar benefits to drivers. Many drivers work for multiple platforms at the same time, with Uber and GMB arguing such a scheme would benefit drivers.

“I am extending an invitation to work with operators such as Bolt, Addison Lee and Ola to create a cross-industry pension scheme. This will enable all drivers to save for their futures whilst working across multiple platforms,” said Jamie Heywood, an executive for Uber’s northern and eastern European region.

GMB national officer Mick Rix said: “Uber’s pension scheme is a massive step in the right direction and will no doubt help thousands of drivers as they reach retirement age. GMB urges other platform-based operators to follow Uber’s lead.”