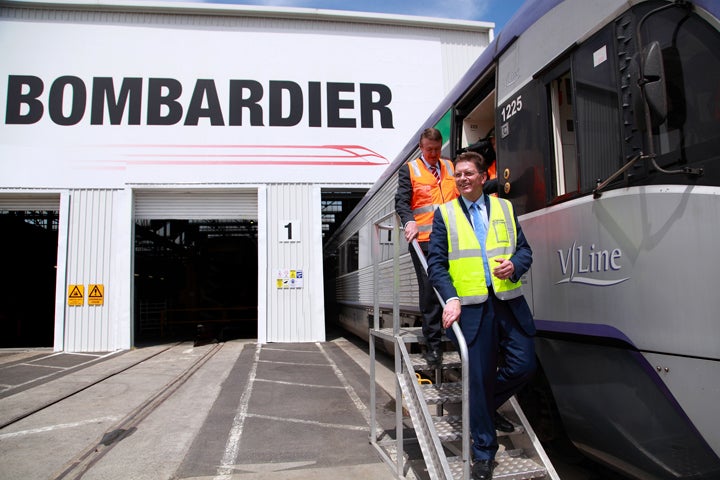 Bombardier has signed a A$207m ($216.4m) contract with the Australian state of Victoria to deliver 40 new V/Line carriages for the Regional Rail Link, which is scheduled to open in 2016.

The purchase of the new rail carriages, which are expected to increase service levels, was announced in the May budget.

The new V/Line carriages will be manufactured at Bombardier’s Dandenong South factory in Victoria.

"This order will deliver 40 new carriages which will help to meet the demands of continuing growth as well as the expansion that will be made possible with the completion of the Regional Rail Link in 2016," Baillieu said.

The Australian federal government is providing A$3.225bn ($3.3bn) for the Regional Rail Link project, with the remaining costs being provided by the Victoria Government.

Victoria Transport Minister Terry Mulder said that the first carriages from the order are scheduled to be delivered in 2014 and the last should be delivered in late 2016.

"This is the first new order of regional trains since 2009, during which time demand on key regional lines has grown significantly," Mulder said.

As part of the project, dedicated rail tracks will be built from West Werribee Junction to Deer Park and tracks along the existing rail corridor from Sunshine to Southern Cross Station.

Completion of the Regional Rail Link will allow the running of additional train services to transport 9,000 extra passengers during peak times.

Image: The V/Line carriages will be manufactured at Bombardier’s Dandenong South factory. Photo: courtesy of the Victoria Government.