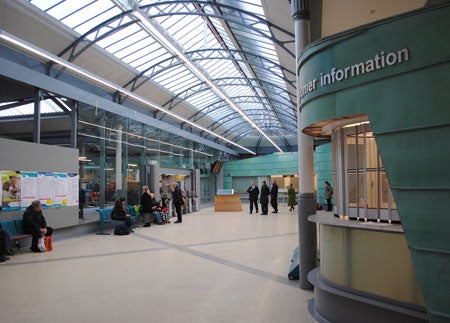 The UK government has opened an upgraded Swansea railway station in South Wales after a £7.6m investment and renewal programme.

Each year more than 2 million passengers use Swansea train station and the upgrade will be more accessible and safer for passengers, according to Network Rail.

The Welsh Government and the UK Department for Transport (DfT), along with Network Rail, have provided funds for the renovation of the station, which included building new canopies over the platforms and over the station’s main entrance, information boards, ticket barriers and a new ticket office.

A glass screen wall has been installed between the concourse and platforms, while two new buildings inside the station circulating area were built.

The Welsh Government has contributed £3.03m for the project, with Network Rail funding £3.3m and DfT providing £1.25m.

Network Rail had joined the renewal work at the station to increase the scope of the project, which was delivered by station operator Arriva Trains Wales.

The redevelopment is part of an Arriva Trains Wales’ programme of station projects that architecture firm BDP was commissioned to undertake in 2010, for designing and integrating new features and refurbishing existing buildings.

Arriva Wales estate’s upgrading and redevelopment is part of the nationwide NSIP programme, which is a Department for Transport-backed scheme worth £150m to develop about 200 stations in England and Wales over the next few years.

Network Rail route managing director Mark Langman said that the work to develop Swansea station is part of a series of improvements to the railways in South West Wales.

"Along with the Welsh Assembly Government, we are also carrying out work to redouble the line between Swansea and Gowerton, and rebuilding the Loughor viaduct, bringing the potential for more services to points west of Swansea and encouraging business growth across the region."