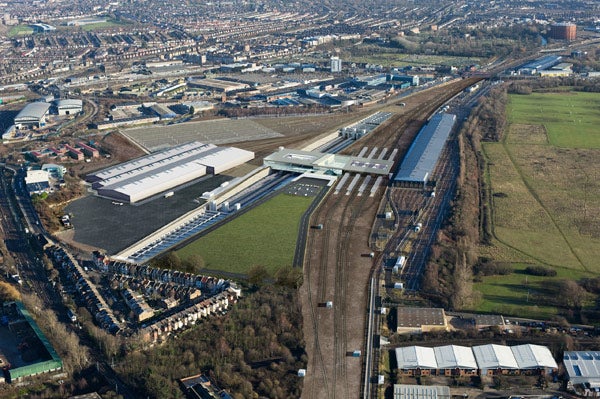 The UK government has agreed to extend a tunnel on the proposed route of Britain’s High Speed 2 rail network that will allow plans to progress on a major development next to East Midlands Airport.

Concerns have been raised by some MPs that the proposed route on the £32bn HS2 line could affect plans for the Roxhill strategic rail freight interchange depot (SRFI).

The Government has developed a revised option involving the extension of the proposed HS2 tunnel under the airport.

As part of the move, the 1.9km tunnel already proposed to take the line under the airport could be extended by an extra 1km so that it does not interfere with the Roxhill project.

A decision will be made on the route later in 2013, when the UK Department for Transport (DfT) will consult on the route as part of its public consultation on Phase Two.

UK Transport Secretary Patrick McLoughlin said the changes also show that the government is maximising the economic impact of HS2 and also listening to concerns of those affected by it.

"The changes have the potential to deliver huge economic benefits for the East Midlands over the already considerable opportunities HS2 will bring the region," McLoughlin said.

"Concerns have been raised by some MPs that the proposed route on the £32bn HS2 line could affect plans for the Roxhill strategic rail freight interchange depot (SRFI)."

"We will continue to work with stakeholders, to identify critical issues such as Roxhill and propose revisions to the scheme where possible."

Roxhill senior development director Kate Bedson said that the company’s proposals for a new SRFI with six million square feet of associated warehousing have the potential to create 7,000 jobs, providing a surge to the economy in the region.

"This now allows us to consult with the public and other bodies on our plans before submitting our application at the end of the year," Bedson said.

In January 2013, the government unveiled the second phase of the HS2 rail network, which will run northwards from Birmingham.

The preferred route of phase two will be published ahead of a formal consultation later in 2013, while the final route is expected to be selected by the end of 2014.

The first phase of construction is scheduled to start in 2017 with the first high-speed trains expected in service by 2026, while the second phase is expected to begin in the mid 2020 and completed by 2032.

Image: Construction on the first phase of HS2 line is scheduled to start in 2017, while the second phase is expected to begin in the mid 2020.