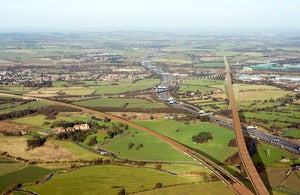 HS2 Ltd is the developer and promoter of the proposed high-speed rail network, which will run between London, the West Midlands, Manchester and Leeds.

The draft will help HS2 Ltd to integrate its planning into the landscape through new design and construction methods, both during building and operation.

According to DfT, the draft ES and proposed design refinements are open to public consultation until 11 July 2013, enabling comments on the proposed design changes to phase one of the project between London and Birmingham.

UK Transport Secretary Patrick McLoughlin said HS2 is important for the country, as it will provide a huge economic boost by generating a return on investment that will continue paying back for future generations.

"But you cannot build a new railway line without causing some disruption," McLoughlin said.

"What we can and will do is ensure that disruption is kept to a minimum by using the very latest design and construction methods.

"We also know that the best design for the scheme can only be reached with the input of local communities, environmental groups and all levels of Government.

"The draft will help HS2 Ltd to integrate its planning into the landscape through new design and construction methods, both during building and operation."

"Publication of these plans is a crucial next step and will ensure that construction of the first phase can begin within the next four years."

According to DfT, Consultation on the draft ES will help in preparing the formal ‘environmental statement’ that is required for the Hybrid Bill, to be published later in 2013.

HS2 Ltd is currently looking to use new technology to lessen the noise of high speed trains, such as removing the gaps between train carriages to reduce noise as they travel, and increase their aerodynamic efficiency.

Based on Japanese expertise, HS2 trains will be equipped with wheel farings in order to reduce the noise made by the wheels on rails.

The DfT said about 70% of the line’s surface sections between London and the West Midlands will be insulated by cuttings, landscaping and fencing, helping it to harmonise with the landscape.

HS2 Ltd’s major proposed design refinement for phase one involves the construction of a tunnel under Ealing and Northolt in north west London, and at Bromford in the West Midlands.

Image: The draft ES and proposed design refinements on phase one of proposed HS2 rail network are open to public consultation until 11 July 2013. Photo: Courtesy of Department for Transport.