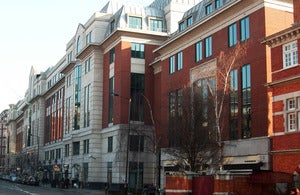 Network Rail has been contacted by the UK Department for Transport (DfT) to carry out a study on the re-opening of the railway line between Uckfield and Lewes in East Sussex.

The project will be carried out in order to see whether the line meets the demand for the future growth in rail travel on the route.

The move is part of the government’s aim is to provide additional rail capacity by 2019, with the addition of more carriages to trains being operated on the route.

UK Transport Secretary Patrick McLoughlin said that the study has been commissioned to see the local interest in re-opening the line, as well as to review the concerns about rail capacity between London and the south coast.

"It will help us to understand exactly what the issues are and build upon previous work that has looked at these questions," McLoughlin said.

Even if the new study suggests that the proposal is viable, the government will not be able to assign funds to the project until 2019, said DfT.

"The project will be carried out in order to see whether the line meets the demand for the future growth in rail travel on the route."

The study would be considered during the planning of the future expansion of railways and a decision will not form part of the current Rail Investment Strategy, which expires in 2019.

Network Rail director of network strategy and planning Richard Eccles said that the line between London and Brighton is one of the busiest routes in the country and has very little space to operate extra trains on the route.

"As the number of passengers continues to grow, it is right that we look at a wide variety of options which may help provide extra capacity in future, ensuring that the rail network can continue to support and drive economic growth in the region," Eccles said.

"We are already reviewing the options for capacity enhancements to Brighton and the south coast corridor and this work will feed into a Sussex route study due for development in 2014. Within this we will include a review of the value that a re-opened Lewes-Uckfield line could play in meeting future needs."

Image: Network Rail will see whether the re-opening of the Lewes-Uckfield line will meet the demand for the future growth in rail travel on the route. Photo: courtesy of UK government.