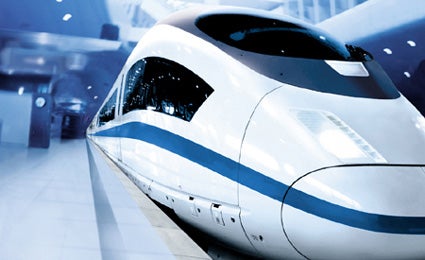 The California High-Speed Rail Authority (CHSRA) has awarded a design- build contract worth over $985m to a Tutor Perini , Zachry and Parsons joint venture (JV ) for the first section of Calfornia’s high-speed rail project.

The first section of the California high-speed rail project will span 29 miles between Madera and Fresno.

The contract includes an additional $53m of provisional sums for possible extra work.

Out of the total contract, Tutor Perini will get about $500m, while the remaining amount will go to its partners.

Tutor Perini chairman and CEO Ronald Tutor said: "We are truly excited to be building the groundwork for America’s first high-speed rail system and look forward to working with the authority to deliver a high-quality project that will modernise California’s transportation system and support economic growth."

Parsons is serving as the lead designer and construction partner for the first segment of the line.

Work on the project includes preparation of the route and building the rail bed.

"The first section of the California high-speed rail project will span 29 miles between Madera and Fresno."

CHSRA is responsible for planning, designing, construction and operation of the proposed 800-mile 24-station California high-speed train system, which is expected to cost $68bn.

The first phase of the project will run from Los Angeles to the San Francisco Bay Area, passing through the Central Valley, and later phases are expected to extend the line to San Diego and Sacramento.

Upon scheduled completion in 2029, the high-speed public transport system will eventually allow passengers to travel between Los Angeles to San Francisco in under three hours, with trains operating at speeds of 200mph.

In January 2013, CHSRA awarded a project and construction management (PCM) contract to PGH Wong Engineering and Harris & Associates for the initial phase of the project.

As part of the deal, Wong-Harris will work with CHSRA in helping the Tutor Perini JV to carry out the initial stretch of the rail project.

Image: Future trains to be operated on the California high-speed line may be partially based on Siemens’ Velaro high-speed train.