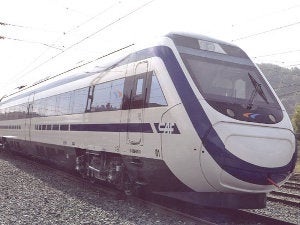 The HT65000 six-car trains manufactured by CAF, Spain, will be operated on the full length of the high-speed rail line. The new route is being equipped with French company Alcatel‘s signalling and communications equipment.