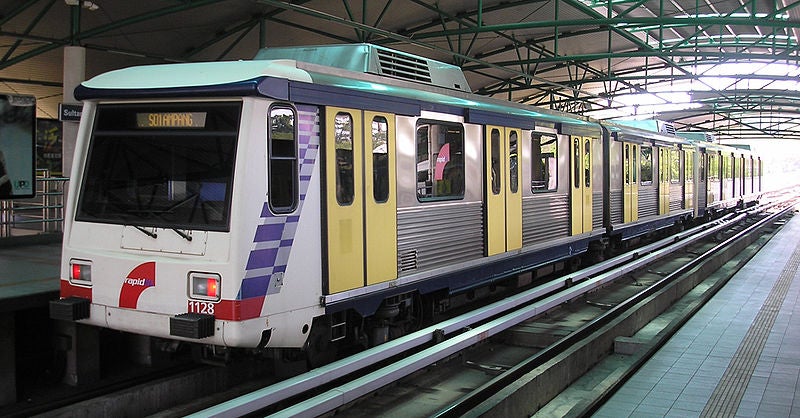 The contract is part of the Ampang LRT Extension Project (Ampang LEP), which is scheduled to be completed in 2015.

Installation of the CBTC system is intended to improve safety and performance on the Ampang Line.

The Ampang Line incorporates two routes that start at two different stations to the south of Kuala Lumpur, meeting at an interchange station, continuing through the city centre and ending at the same station to the north.

"Installation of the CBTC system is intended to improve safety and performance on the Ampang Line."

The SelTrac CBTC system, which is currently being used for the Kelana Jaya LRT line, will provide seamless integration, as well as reduce costs, according to Thales.

GKM said that Thales was integral in the development of the Kelana Jaya LRT Line, which made them select the same SelTrac fully-automated signalling communications platform for the Ampang Line and Ampang LEP.

Thales said the CBTC system has been installed on 53 projects in major urban centres around the world, carrying an estimated three billion passengers every year.

Image: Thales will install its SelTrac CBTC system on the existing 27km Kuala Lumpur Ampang light rail transit (LRT) line and an 18km southwest extension that will be completed in 2015 Photo: courtesy of User:Two hundred percent.