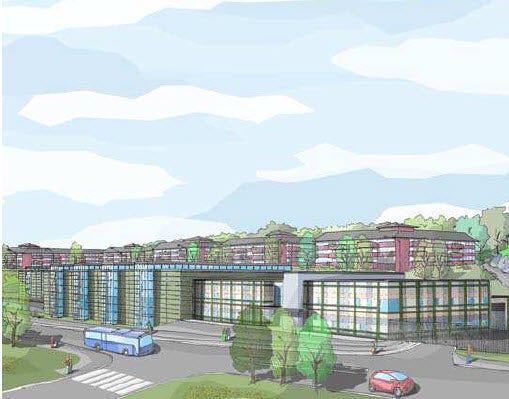 Stockholm’s public transport operator Storstockholms Lokaltrafik (SL) has awarded a SEK1bn ($152m) contract to Swedish firm NCC for the construction of a train maintenance plant at its new subway depot in Norsborg, Stockholm.

The project is part of SL’s three-stage programme to improve and increase the frequency of subway services on the Stockholm Metro’s Red Line.

Scheduled to be completed in autumn 2016, the new subway depot is planned to be built inside SL’s track area, near the Norsborg subway station.

NCC Construction Sweden head of department for civil engineering in Stockholm Carina Angarth said: "Together with SL, we will contribute to providing improved public transport services to Stockholm and the people of Stockholm, which is of vital importance to future social development in Stockholm."

"Scheduled to be completed in autumn 2016, the new subway depot is planned to be built inside SL’s track area, near the Norsborg subway station."

The project includes a maintenance depot for the subway system with maintenance space and offices at ground level.

The project also includes the construction of an underground washing facility for trains, as well as tracks, electricity, signal systems and telecommunications at both ground level and underground.

The depot will be used for maintenance, service and washing as SL is planning to introduce new and longer subway trains.

Earthworks are expected to begin in June 2013, which will lead to the construction of the actual concrete tunnel by the end of the year, according to NCC.

Upon commencement of daily services, the new depot will help SL house carriages at Norsborg, where they will be at the end of the line.