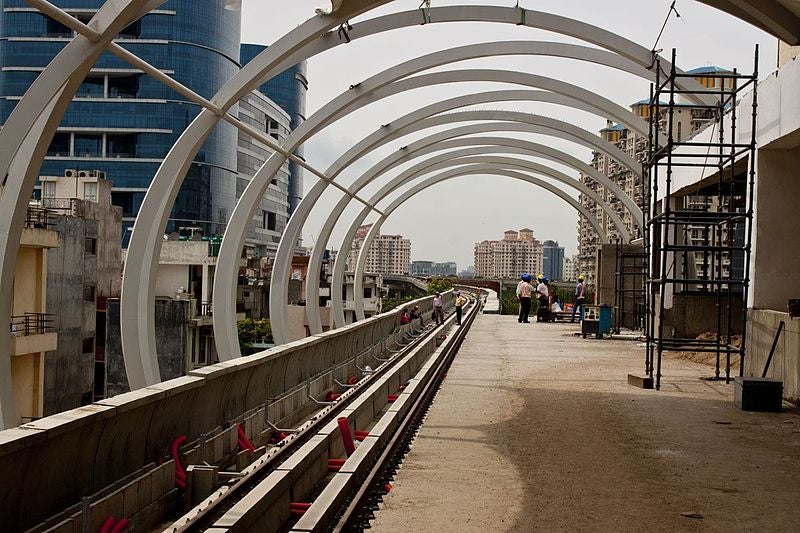 Designed to meet the transportation demand between Gurgaon and Delhi, the first phase of construction of the Gurgaon Metro started in 2008, which includes a 5.1km rail loop linking Cyber City, NH-8 and Sikanderpur station on Delhi Metro Line 2.

Estimated to cost Rs1,500m ($27.3m), the second phase of the project will see construction of a 6.5km line, which will extend the network southwards and serve six elevated metro stations.

Set to be built at DLF Phase I, Sushant Lok, Sec. 42 Crossing, Sector 54-53, AIT Chowk and Sector 55-56, the new stations will be built above existing carriageways and include residential and commercial spaces.

Under the deal, Mott MacDonald will offer architectural, structural and building services design for the six stations.

In order to achieve Leadership in Energy and Environmental Design (LEED) sustainability certification, the project will have to use various features such as solar power, energy-efficient design and rain water harvesting.

Mott MacDonald project director Somnath Nandan said: "This project is an important step in providing a sustainable solution to the city’s traffic congestion by reducing dependency on cars, inefficient urban sprawl and increasing the use of public transport."

RMGL which is developing the metro expects to complete the second phase of the project by late 2016.