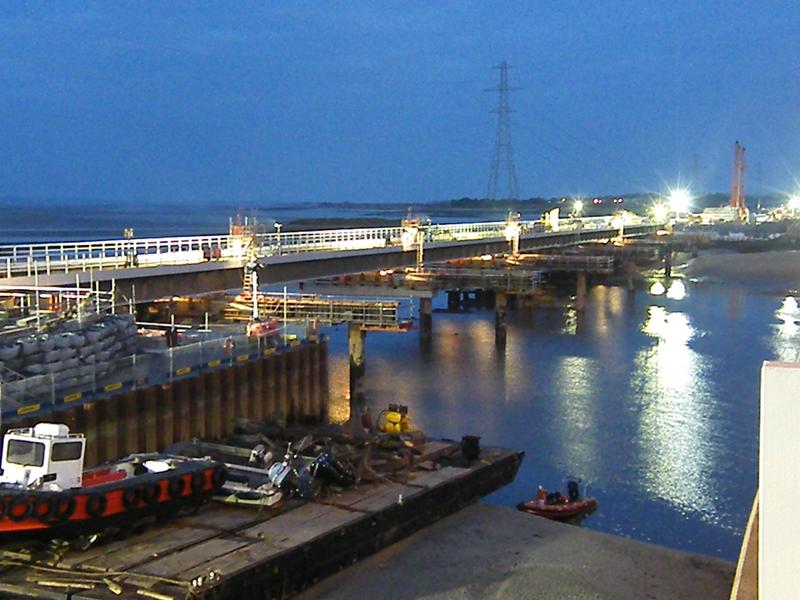 Network Rail is due to complete a £48m project to replace the Loughor railway viaduct near Swansea, Wales, and redouble a 5.25-mile line from Gowerton to Llanelli.

Under the project, a new bridge has been built to replace the old 220m timber trestle Loughor viaduct that carries the South Wales Mainline between Swansea and Llanelli.

According to Network Rail, work on redoubling the line between Swansea and Gowerton, which includes building a second track across the viaduct, is on schedule to be completed by 8 April 2013.

The £28m Gowerton redoubling project has been jointly funded by Network Rail and the Welsh government, in partnership with the South West Wales Integrated Transport Consortium (SWWITCH).

Completion of the project will remove the current bottleneck on the line due to the stretch of single line and provide capacity to operate more trains in the future.

"Work on redoubling the line between Swansea and Gowerton, which includes building a second track across the viaduct, is on schedule to be completed by 8 April 2013."

Under the project, a new footbridge has been installed at Gowerton station, where work is ongoing and includes a new eastbound platform, as well as new lighting, signage and CCTV.

"The new viaduct at Loughor and the redoubling, as well as the new station platform and footbridge at Gowerton are part of a package of station and infrastructure improvements to make rail travel more comfortable and attractive to the public," Langman said.

The project will help accommodate an expected 20% rise in passengers using west Wales railway services by 2020.

Image: The Loughor railway viaduct in the UK is on schedule to be completed today, 8 April 2013. Photo: courtesy of Network Rail.