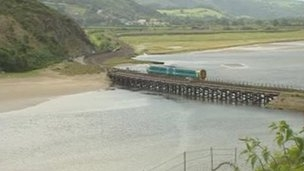 "Network Rail has awarded the contract to replace the bridge, dating back to 1860s, which links the areas of Penrhyndeudraeth and Talsarnau."