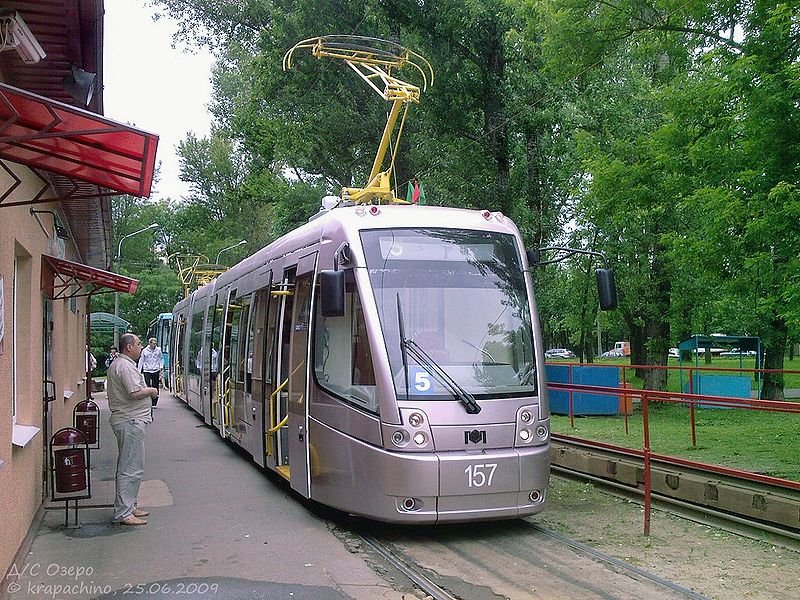 The European Bank for Reconstruction and Development (EBRD) has agreed to provide a €14m ten-year loan to a joint venture (JV) formed by Switzerland’s rolling stock manufacturer Stadler and the Minsk Region Executive Committee (MREC) as a minority shareholder.

EBRD’s loan will support the construction of an electric train and tram factory at a greenfield site in the Fanipol Free Economic Zone near Minsk, which would focus on producing electrically-powered vehicles for public transport covering the urban, suburban and inter-regional markets.

The local partner is contributing assets from Belarusian manufacturer of electric public transport vehicles Belkommunmash (BKM), while Stadler will bring private capital along with up-to-date expertise and technology.

The bank estimates that the JV’s main export market will be the Commonwealth of Independent States (CIS), which accounts for 40% of the world’s trams and 70% of its trolley buses.

News
Alstom installs new aluminium welding line at Wroclaw site in Poland
Data Insights
View All
"The project marks the first investment by a western sponsor in the construction and operation of modern rolling stock manufacturing facilities in Belarus."

EBRD managing director for Transport and Infrastructure Thomas Maier said that the project marks the first investment by a western sponsor in the construction and operation of modern rolling stock manufacturing facilities in Belarus.

With the investment, Stadler aims to create a foothold in CIS markets, and the deal gives the Swiss firm access to the rolling stock market for broad gauge railways in northern Europe and increases export opportunities for rolling stock built in Belarus.

Once the JV’s train production reaches planned capacity, around 90% of its production will be exported, mainly to the CIS region.

Image: The deal will see local partner contributing assets from BKM, and Stadler will bring private capital along with up-to-date expertise and technology. Photo: courtesy of Kapachino.