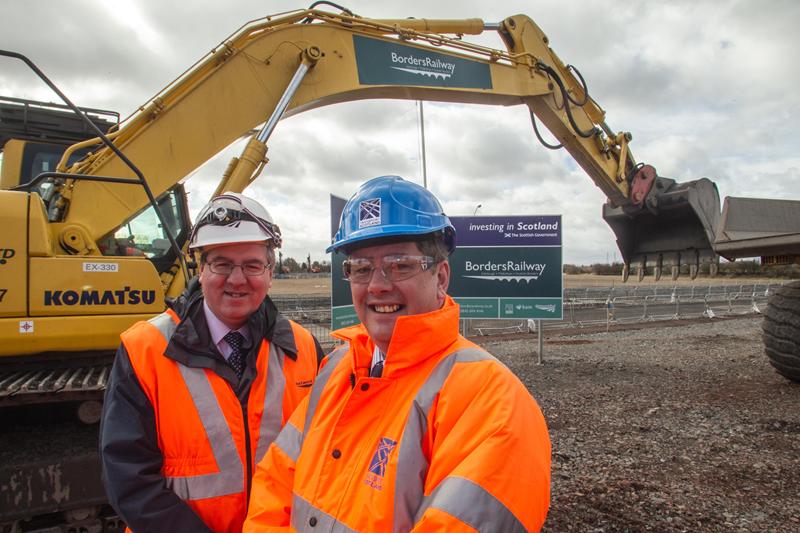 The contractor will initially be responsible for carrying out earthworks on the new line in the Monktonhall area south of Edinburgh, and the excavation of the site of the new Shawfair station.

Network Rail route managing director for Scotland David Simpson said that the commencement of the main construction is a major milestone in the delivery of the new line.

"From today, local communities will be able to see their new railway beginning to take shape and we look forward to working with them, our contractors and the Scottish Government to re-establish this vital transport link for the borders," Simpson said.

The preparatory phase of the project involved mining remediation work around the site of the old Monktonhall colliery.

"The commencement of the main construction is a major milestone in the delivery of the new line."

The seven new stations will be built at Shawfair, Eskbank, Newtongrange, Gorebridge, Stow, Galashiels and Tweedbank.

Scheduled to commence service in 2015, the Borders Railway will reopen a rail link from Edinburgh through Midlothian to Tweedbank for the first time in more than 40 years.

Following completion of the line, journey times from Tweedbank to Edinburgh are expected to be less than an hour at peak times.

Network Rail said that its involvement brought down the total cost of the 30-year construction and maintenance scheme by around £60m against initial estimates.

BAM Nuttall won the £220m contract from Network Rail in December 2012 for providing detailed design and construction works of the project.

Image: Network Rail and BAM Nuttall will initially focus on excavation of the track alignment for the new line through the Monktonhall area and for the new Shawfair station. Photo: courtesy of Network Rail.