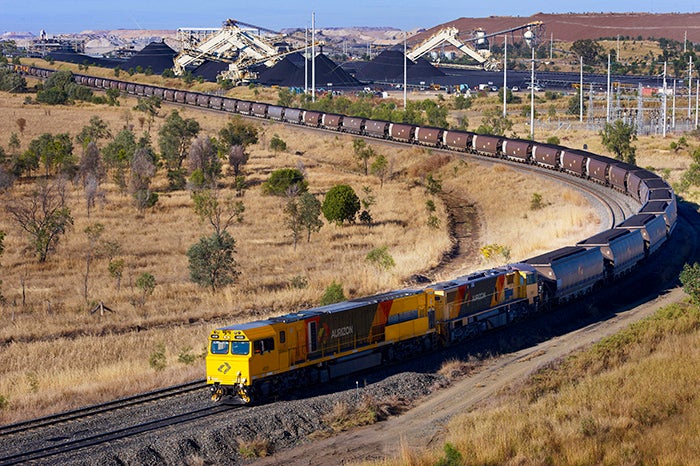 Aurizon and GVK Coal Infrastructure (GVK Hancock ) have signed an agreement to jointly develop around $6bn worth of rail and port infrastructure with a capacity to handle 60 million tonnes of coal per year in the Galilee coal basin in Queensland, Australia.

Under the non-binding term sheet, Aurizon will acquire a 51% stake in Hancock Coal Infrastructure, which owns GVK Hancock ‘s rail and port projects.

Aurizon will invest through upfront payment at completion of the transaction and deferred consideration at financial close of each phase of the projects.

GVK vice chairman Sanjay Reddy said that the proposed deal with Aurizon would allow the company to jointly develop the most cost and time-efficient rail and port infrastructure for the Galilee Basin.

"At full capacity, the proposed arrangement is intended to provide sufficient equity and debt funding for the projects to reach financial close," Reddy said.

"The parties jointly will leverage the work already completed by GVK, the significant potential for ECA financing and Aurizon’s experience and capacity to undertake major projects and capability in heavy haul rail and infrastructure."

Aurizon managing director and CEO Lance Hockridge said that the Galilee Basin coal exports would need a combined rail and port system that offers a commercially sensible solution for producers.

"This solution could also provide significant opportunity for new and existing Bowen Basin producers to utilise elements of this infrastructure," Hockridge said.

After completion of the deal, Aurizon will work in collaboration with GVK to manage the rail infrastructure and offer rail haulage from GVK Hancock ‘s ALPHA and Kevin’s Corner mines for up to 60mtpa of coal.

The deal will involve the construction of a 500km greenfield rail project from the Galilee Basin to the proposed T3 coal terminal at Abbot Point.

Aurizon will offer railway logistics, while GVK will be responsible for the port and financial backing.

Image: The proposed rail and port infrastructure project will deliver export capacity of up to 60mtpa. Photo: courtesy of Aurizon.