The government has banned Chinese technology firm Huawei from providing telecommunications equipment to the UK’s mobile 5G network from the start of 2021.

It also committed to a timetable of removing Huawei from the network completely by 2027 and it will be illegal for telecommunications firms such as Vodafone or BT to buy Huawei equipment.

It marks a major reversal of the government’s decision in January, which gave Huawei restricted access to the non-sensitive parts of the network with a market cap limited at 35%.

This decision, made by Prime Minister Boris Johnson, went against months of intense lobbying from the US. The Trump administration has insisted that Huawei’s close ties to the Chinese government makes it a threat to national security. Huawei has repeatedly denied any allegations that it is a security risk. 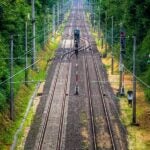 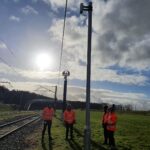 British intelligence agencies have long insisted they could manage ‘high risk’ vendors such as Huawei. But in May the US imposed fresh sanctions on Huawei that limited its ability to source 5G microchips, which the National Cyber Security Centre said would make it harder to vet Huawei’s technology.

Announcing the decision in the House of Commons, culture secretary Oliver Dowden said:

“Given the uncertainty this creates around Huawei’s supply chain, the UK can no longer be confident it will be able to guarantee the security of future Huawei 5G equipment affected by the change in US foreign direct product rules.”

Huawei has been present in the UK’s mobile network since the early 2000s and its equipment is embedded in 2G, 3G and 4G technology.

This makes removing all Huawei technology from the network will be costly for the UK’s telecommunications firms, who have warned the cost could run into the billions.

Dowden added that banning Huawei from the UK will delay the UK’s rollout of 5G by a year.

“By the time of the next election we will have implemented in law an irreversible path for the complete removal of Huawei equipment from our 5G networks,” he said.

The decision is also highly political, with a growing backbench rebellion calling for the government to ban Huawei from the network in response to growing tensions with China.

Dowden said that the UK is looking to diversify its network by opening up the market to other players. This could see the UK embrace OpenRAN, a vendor-neutral that would see companies develop specific parts and software within the entire telecommunications equipment stack that are interoperable – rather than one vendor building every aspect.

Prior to the announcement today, Huawei UK Chairman Lord Browne resigned his position six months ahead of schedule.

Ray Walsh, digital privacy expert at ProPrivacy, said his resignation “indicates that UK authorities have completely lost faith in the Chinese company’s ability to safely roll out equipment for the UK’s 5G infrastructure”.