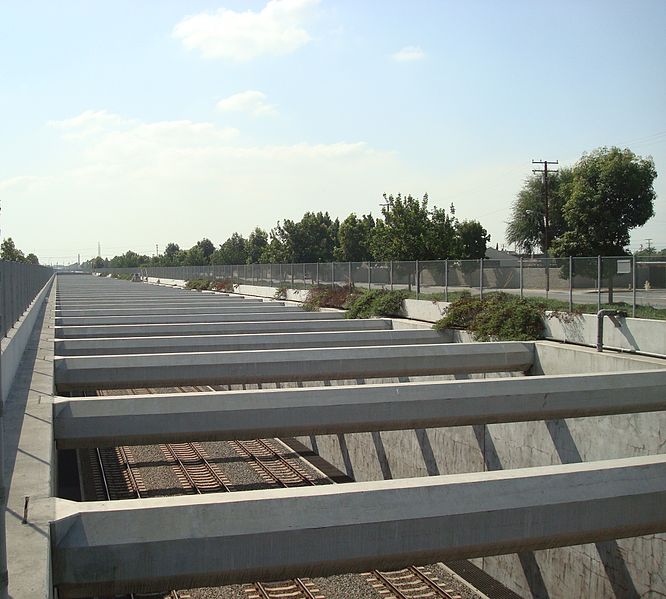 The Alameda Corridor-East (ACE) Construction Authority has awarded a $172.6m contract to Walsh Construction to build a railroad trench in the city of San Gabriel, California, US.

Street bridges will be built at Ramona Street, Mission Road, Del Mar Avenue and San Gabriel Boulevard, which together will carry around 90,000 vehicles every day.

According to ACE, the project is expected to help ease local traffic congestion and enable movement of more containers in the region by train rather than road.

Construction is being funded from Proposition 1B transportation bonds approved by California voters in 2006, while other project elements will be paid for by MTA Measure R and other local and federal funds.

"According to ACE, the project is expected to help ease local traffic congestion and enable movement of more containers in the region by train rather than road."

ACE board chairman David Gutierrez said: "This contract award represents a historic step toward eliminating emissions and congestion from idling vehicles blocked by passing trains, train noise and collision hazards at all four crossings in the City of San Gabriel."

Los Angeles County supervisor, ACE board member and current MTA board chairman Michael Antonovich said: "In addition to reducing congestion and improving air quality, this vital project is an important link in our regional strategy of moving cargo containers by train rather than in diesel trucks on our freeways."

The five-year deal is part of ACE's programme to create 22 roadway-rail grade separations and safety improvements at 39 crossings throughout the San Gabriel Valley.

ACE, which formed in 1998 to reduce the impact of increasing rail traffic over 70 miles of mainline railroad in the San Gabriel Valley, received a total of six construction bids for the San Gabriel Trench grade separation project in late June 2012.

By 2020, train traffic through the Valley is expected to increase by as much as 160%.

Image: A section of the Alameda Corridor trench in the city of Compton, California. Photo: courtesy of Thomas Brightbill.