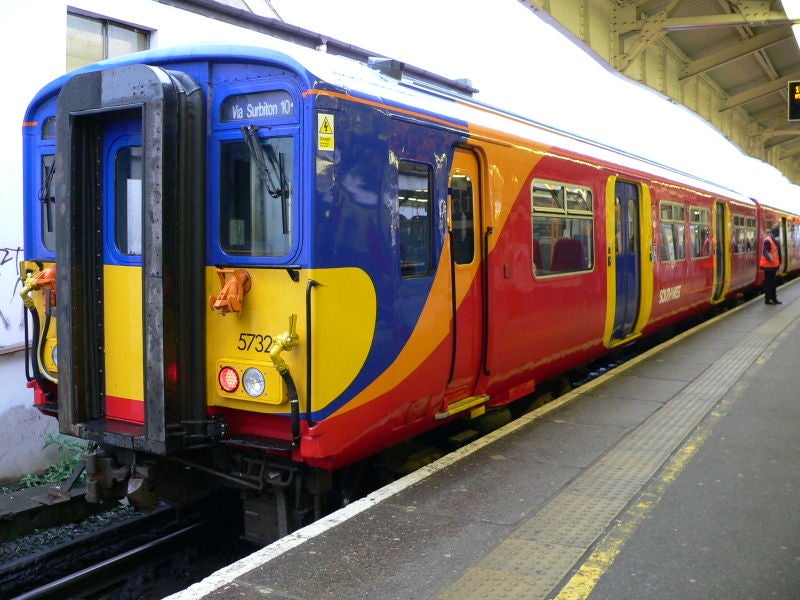 Under the deal, Vossloh Kiepe will deliver solid-state inverters and AC traction motors to replace the existing electro-mechanical control equipment and DC motors.

The fleet is currently undergoing a C6 overhaul, which includes modifications to comply with European TSI for Persons with Reduced Mobility (PRM TSI).

As part of the contract, Vossloh Kiepe will completely replace the DC traction systems on the class 455s, which is expected to provide a low-cost means of meeting increased passenger demand rather than procuring new trains.

Installation of the AC traction equipment is expected to offer energy savings of around 20% and increase the maintenance interval from 16,000km to around 24,000km, freeing up capacity at Wimbledon depot that will allow South West Trains to acquire more trains.

Trains equipped with the IGBT traction system are expected to enter service between late 2014 and February 2016.

According to Porterbrook, only two trains will be out of service for conversion at any one time, and installation will take just six days to complete when production is in full flow.

The company has invested around £100m in South West Trains rolling stock, including the recent contract along with the reconfiguration of the class 458s and 460s, as well as the forthcoming introduction and refurbishment of the class 456 fleet.

Separately, Porterbrook has also awarded a £5m contract to Railcare to overhaul its 111 Mark 3 coaches currently on lease with Greater Anglia.

The project will commence in October 2013 at Railcare’s Wolverton facility and scheduled to be completed by July 2016.