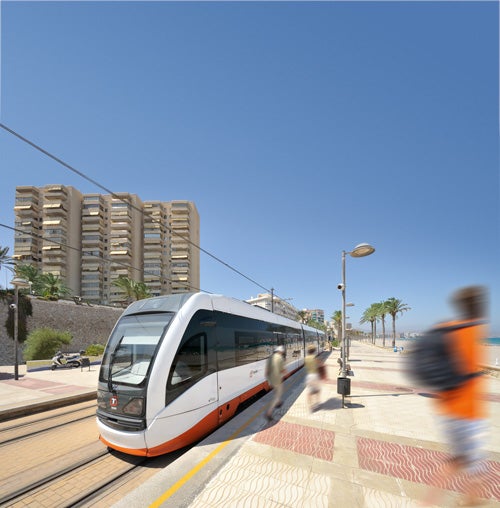 Delivery of the first train under the order, which also includes an option for two additional light rail vehicles, is expected to take place in 2014.

Funding for the contract has been provided by the Land of Sachsen and European Regional Development Fund.

According to Vossloh, the 37m-long wheelchair-accessible CityLink tram-trains will have a seating capacity for 94 people and will be capable of travelling at a top speed of 100km/h.

Vossloh Kiepe will be responsible for the traction equipment and its engineering, the onboard power inverter including controls, as well as the HVAC system, while Vossloh Rail Vehicles will provide vehicle bodies, bogies and interior fittings.

The new train-trams will connect the German city of Chemnitz with the surrounding areas without passengers having to change vehicles.

The company said that the trains will operate electrically as zero-emission trams from the existing network’s 600V and 750V DC overhead electrification, changing to diesel to reach Burgstädt, Mittweida and Hainichen along regional railway lines.

The regional rail routes include the first stage of a five-phase plan to implement a 226km light rail network by 2020.

The first of Vossloh’s tram-trains will be delivered to Verkehrsverbund Mittelsachsen in 2014. Image: courtesy of Vossloh.