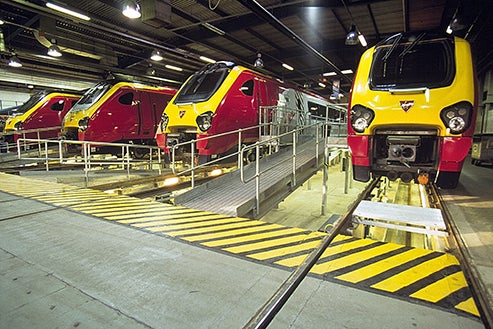 Virgin Trains has awarded a £106m contract to Canadian rail manufacturer Bombardier, extending the maintenance of its fleet of Super Voyager diesel trains, which operate on the UK’s West Coast Main Line (WCML), until March 2016.

Bombardier will carry out the train maintenance work at its Central Rivers depot in Burton-on-Trent, Staffordshire, and at other outstations across the network.

Trains on the WCML run at a speed of 200km/h between London, Birmingham and North Wales, as well as to Glasgow and Edinburgh in Scotland.

Virgin Trains chief executive Tony Collins said: "The Voyagers are a key part of the West Coast Fleet and we look forward to working with Bombardier to continue to deliver a reliable and punctual service to all of our customers."

At the beginning of December, the UK Government announced that Virgin Rail Group will continue to run the WCML franchise for a further 23 months, until 9 November 2014.

"Bombardier will carry out the train maintenance work at its Central Rivers depot in Burton-on-Trent, Staffordshire, and at other outstations across the network."

FirstGroup’s contract to run the WCML until 2026 was cancelled due to errors in the bidding process.

A subsequent inquiry into the WCML bidding, led by Centrica chief executive Sam Laidlaw, revealed that Department for Transport (DfT) officials had not followed the proper guidelines, failed to account for inflation in their calculations and ignored warnings in the run-up to the failed FirstGroup deal.

The company’s new 23-month contract could be shortened by up to six months if the DfT is able to prepare a new long-term franchise sooner than expected.