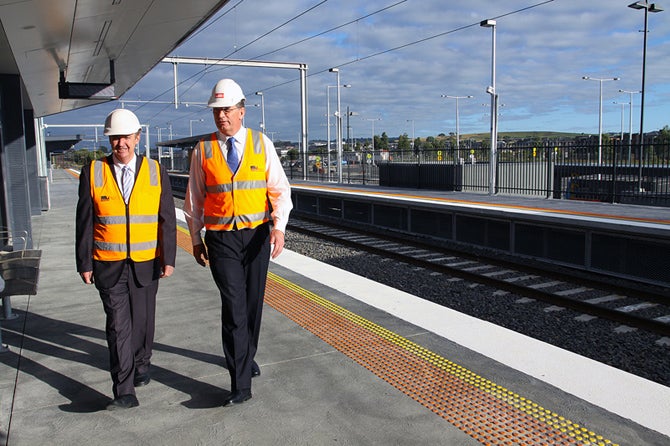 The project includes two new stations at Thomastown and Epping, the laying up of a 3.5km track extension from Epping to South Morang, as well as the duplication of the 5km of single track between Keon Park and Epping.

"The extension of the line from Epping to South Morang is the first expansion of Melbourne’s rail network in more than a generation. This rail extension and the changes we’ve made as part of the new timetable will provide greater public transport access for thousands of locals and help people get to and around the South Morang area," Mulder added.

The project had also delivered a host of improvements to the area, including improved car parking facilities, transport interchanges and adjoining shared-use paths in the 18 months since construction commenced.

New stations at Cardinia Road and Lynbrook are now open to commuters in Melbourne’s south-east, while South Morang is one of three new stations to be in use where trains will run every 10 minutes to Ringwood, Dandenong and Frankston.

"These changes will help better co-ordinate train and bus travel to improve connections between modes. As well, a $220 million maintenance and stabling facility at Craigieburn opened earlier this month and is now running 24 hours a day to help keep Melbourne’s train fleet moving," Dobbs said.