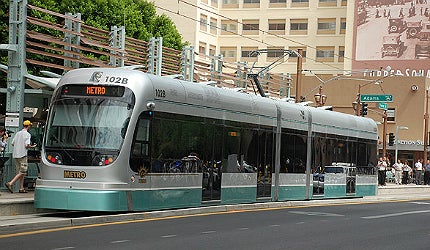 The US Federal Transit Administration (FTA) has provided $75m to build a 3.1-mile light rail extension linking the city of Mesa with Phoenix and Tempe in Arizona, US.

Construction on the $199m Central Mesa Extension is scheduled to start in late 2012, with testing expected to be completed in 2015.

Valley Metro Rail will develop and operate the 3.1-mile extension that will run from Sycamore to Mesa Drive on Main Street and connect residents in the downtown hubs of Phoenix, Mesa and Tempe.

Apart from the $75m from FTA’s Capital Investment programme, the project will also receive $53m in federal congestion mitigation funds, while the remaining costs will be covered by state and local sources.

The project’s initial construction phase will include the relocation of overhead and underground utilities, demolition of existing grading and roadway, and construction of new traffic lanes, gutters, sidewalks and lighting works.

Between 2013 and 2015, system and station finishes are expected to be completed, which will include installation of overhead power lines, fare vending machines and signal and communication systems.

The project will also include the integration of station architecture and artwork, construction of park-and-ride facilities and traction power substations, along with landscaping works.

The final phase of construction will see the completion of the station platform and track installation works.

Image: The new 3.1-mile Central Mesa Extension will be operated by Valley Metro Rail upon completion in 2016.