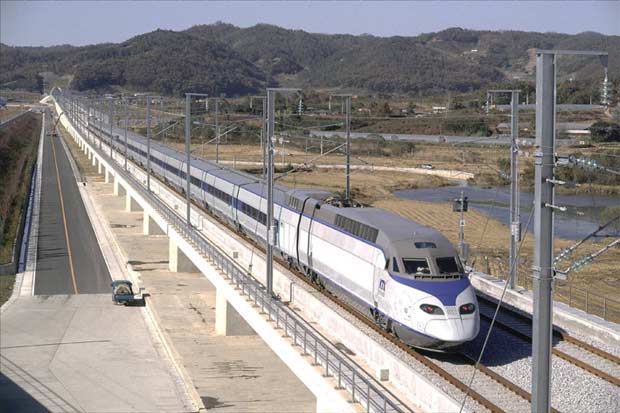 The US Federal Railroad Administration’s (FRA) Railroad Safety Advisory Committee (RSAC) has recommended the implementation of new crashworthiness performance standards on high-speed trains that will be introduced in the country.

The US rail safety regulator plans to issue new crashworthiness standards later in 2013, which will act as baseline safety requirements for future high-speed trains, operating at speeds of up to 220mph.

New crashworthiness standards will also provide flexibility to operate with existing freight and passenger systems at speeds of up to 125mph.

The final rules will be published in a Notice of Proposed Rulemaking (NPRM), and the new standards will be applicable to trains operating on the Northeast Corridor and in California, as both regions are due to operate high-speed services.

"The new crashworthiness standards will also provide flexibility to operate with existing freight and passenger systems at speeds of up to 125mph."

US Transportation Secretary Ray LaHood said that the decision is another vital step in advancing high-speed and intercity passenger rail in the country.

"This vote brings us closer to new jobs and manufacturing opportunities to make high-speed rail equipment for use here at home and abroad," LaHood said.

The proposed new standards will create a performance-based requirement for an interoperable rail network, allowing the use of service-proven designs and advanced technologies while ensuring a systematic approach to safety.

"They will better align our approach to passenger safety and the use of rail equipment with the rest of the world," Szabo said.

Image: The new crashworthiness standards to be issued in late 2013 will act as baseline safety requirements for US high-speed services.