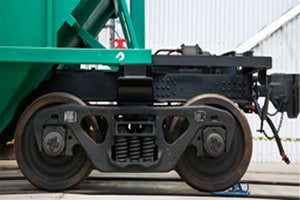 A new joint venture facility for the production of freight car castings has been established by United Wagon Company and Tatravagonka, a European manufacturer.

The new joint venture, Railway Casted Components (RCC), is located in the city of Prakovce, Slovakia, and will focus on producing Barber bogie heavy castings for rolling stock designed for 1,520mm gauge.

Tatravagonka Executive Board chairman Alexey Belyaev said: "A partnership with UWC is the next step in the development of a large-scale cooperation with Russia’s industrial leaders in the field of production of new generation freight cars designed for the 1,520mm gauge market."

"We believe that Barber bogie will become the industry standard in the near future."

Expected to be operated with a total €20m joint venture investment, the new plant is believed to deliver a production capacity of about 3,600 freight car sets on an annual basis.

Having already received the Federal Budgetary Organisation compliance certificate, the new plant will produce heavy castings products for Barber bogies that can be sold in Russia.

With an axle load of up to 23.5tf and 25tf, the Barber bogie castings will be deployed on rolling stock designed for 1,520mm gauge.

United Wagon Company CEO Roman Savushkin said: "We believe that Barber bogie will become the industry standard in the near future."

The RCC products are expected to be delivered in early 2014.