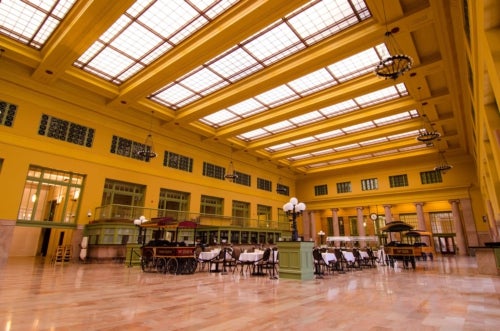 Ramsey County Regional Railroad Authority (RCRRA) in the US has completed the renovation of the Saint Paul Union Depot train station in Minnesota, at a cost of $243m.

Work under the project involved complete repainting and plaster restoration of the 27,000ft² waiting room and head house, reconstruction of the carriageway and returning the Fourth Street entrance to its original design.

The project also included rebuilding the train deck and tracks, and construction of a new multilevel passenger drop-off entrance with ticket and baggage counters.

RCRRA acquired the Union Depot station, located on a 33-acre site along the Mississippi River, in 2005 and spent the proceeds secured in state, federal and county funds to renovate the facility.

From 2013, Amtrak trains are expected to arrive and depart from the renovated Union Depot station.

Ramsey County Commissioner and RCRRA chairman said that the public can now access Union Depot, which will serve as a regional destination and transportation hub.

"RCRRA acquired the Union Depot station, located on a 33-acre site along the Mississippi River, in 2005."

"We will be recognising each transforming event in Union Depot’s new life as the Living Room of Lowertown St. Paul, from the opening of the bike station to the arrival of Amtrak and Green Line LRT trains," McDonough said.