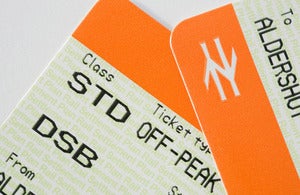 The UK government will make a £2.85m investment to trial smart card technology in a bid to improve rail travel throughout the south-east of England by 2015.

The pilot trial is the first key move for the UK Department for Transport’s £45m south east flexible ticketing project, which has been rolled out to promote seamless and convenient travel across the region.

British train operating company c2c, which functions between Fenchurch Street, Shoeburyness and the Essex coast, will improve ticketing systems at all of its stations outside of London.

The new technology will be introduced on services outside London from January and into the capital from April 2014.

UK Transport Minister Norman Baker said that smart ticketing is the passport for more efficient and flexible travel for passengers and will be rolled out as far and as quickly as possible.

"The new technology will be introduced on services outside London from January and into the capital from April 2014."

"This pilot with c2c is a vital step in making that ambition a reality and will be used as a benchmark to drive innovation across the rail network for years to come," Baker added.

"We want to build a stronger economy in a fairer society and this will not only help the tens of thousands of passengers who use these services every day but will also deliver benefits to our economy by getting commuters to their places of work quickly and on time."

c2c managing director Julian Drury said that the company will be working closely with the Department for Transport over the next few months to ensure c2c passengers can enjoy a simple and flexible ticketing system, which lets them beat queues and makes their journeys easier from early 2014.

Travellers can currently use the Oyster smart card for the majority of rail journeys in the capital.