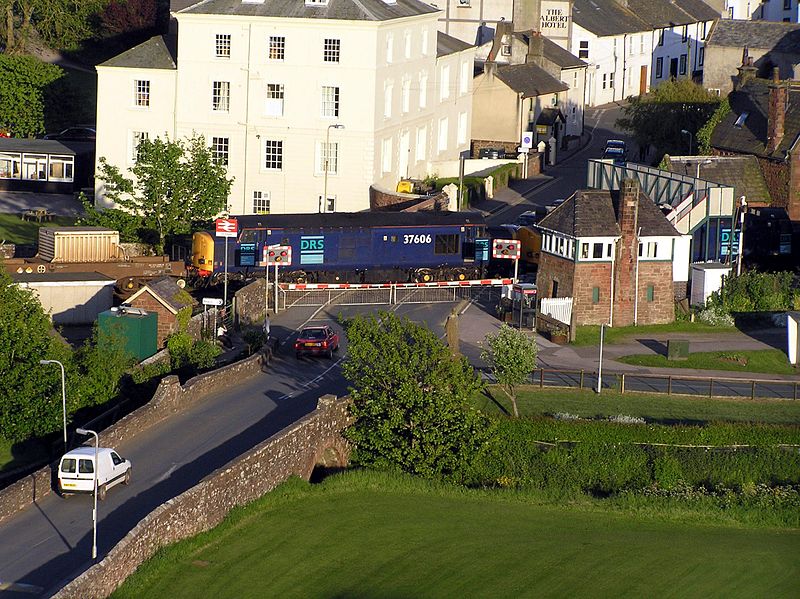 A passenger train carrying workers to the Sellafield nuclear plant in Cumbria, UK, partially derailed this morning, as flash flooding continues to cause problems across north-west England.

A spokesman for Northern Rail has confirmed that no injuries have been reported among the 102 passengers onboard.

The train struck a landslide near St Bees rail station at around 7:20am, causing the derailment.

"The derailment appears to have affected two carriages of the 6am Maryport to Lancaster service, though all carriages are upright."

A British Transport Police (BTP) spokesman told the BBC that BTP officers, along with the Cumbria Police and the North West Ambulance Service, had attended the incident.

"The derailment appears to have affected two carriages of the 6am Maryport to Lancaster service, though all carriages are upright," the spokesman said.

Trains between Whitehaven and Sellafield have been temporarily suspended as a result of the incident, and a recovery train is being sent to transfer affected passengers to Sellafield, where a reception centre has been set up.

The Rail Accident Investigation Branch has reportedly been informed of the derailment.

Image: The train, bound for Sellafield, was derailed by a landslide just south of St Bees railway station. Photo: courtesy of Doug Sim.