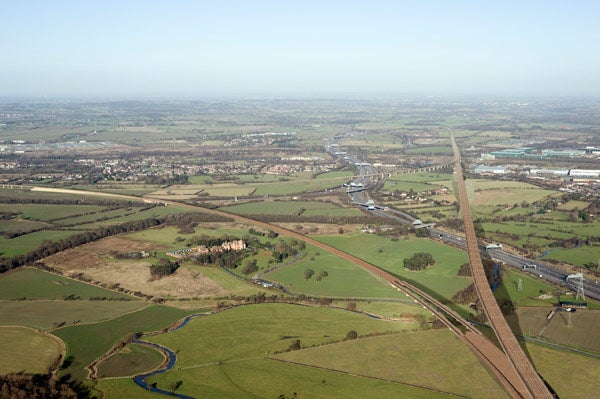 The construction costs of the UK’s proposed High Speed 2 (HS2) rail project could rise about £10bn to more than £42.6bn, including a contingency fund.

The added cost is partly due to the changes to the design of the proposed line, which includes a tunnel under the M6 motorway near Birmingham, to minimise disruption and environmental impact.

UK Secretary of State for Transport Patrick McLoughlin said the costs include a £14.4bn contingency fund across the project.

Opposition to the government’s HS2 plans was defeated in a House of Commons debate, which resulted in a vote of 325 – 37 in support of the scheme.

HS2 Ltd is the developer and promoter of the rail network, which will run from London to Birmingham, the West Midlands, Manchester and Leeds.

HS2 Ltd chief executive Alison Munro said the secretary of state will be issuing a new remit letter and the company has been set a cost target for the route from London to Birmingham.

"UK Secretary of State for Transport Patrick McLoughlin said the costs include a £14.4bn contingency fund across the project."

"The target we have been set is consistent with our Baseline 3 estimate produced in May and upon which DfT spending review bid was made," Munro said.

"We have managed the scope for phase one to arrive at a reference design that meets the objectives set by DfT for HS2 and have done so broadly within the cost and contingency envelope of £16.3bn set out by the previous Secretary of State in Jan 2012," Munro added.

About £21.4bn from the new budget will be allocated for the first London – Birmingham construction phase, while the remaining £21.2bn will be used to complete the branches to Manchester and Leeds.

In January 2013, the UK Government unveiled the second phase of the HS2 rail network, which will run north from Birmingham.

The preferred route of phase two will be published ahead of a formal consultation in late 2013, while the final route is expected to be selected by the end of 2014.

The first phase of construction is scheduled to start in 2017, with the first high-speed trains expected in service by 2026, while the second phase is expected to begin in mid-2020 and be completed by 2032.

Image: Construction on the first phase of HS2 is scheduled to start in 2017, while the first high-speed trains are expected to enter service by 2026.