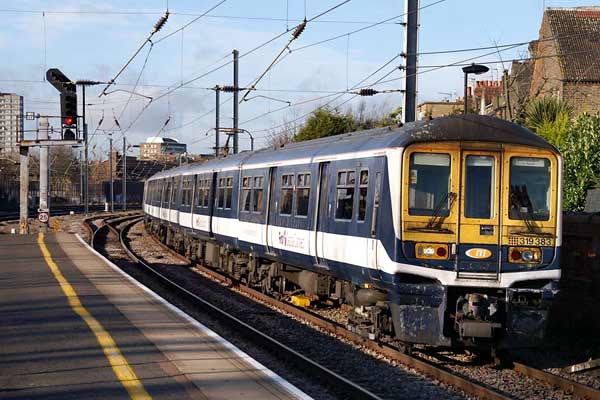 The consortium beat out competition from Canadian train manufacturer Bombardier to secure the contract.

Under the deal, the consortium will be responsible for the construction and maintenance of 1,140 new carriages to be used on London’s Thameslink commuter network.

According to DfT, there will now be a standstill period of at least ten days before the contract for Siemens Desiro City EMUs can be signed.

The rolling stock project is part of the £6bn Thameslink Programme, which is scheduled to be completed in 2018.

With plans to increase capacity and reliability on one of Europe’s busiest railway stretches, the project will also see the creation of a Crossrail interchange at Farringdon to improve transport options for east-west journeys across London.

The assembly of the trains will be carried out at Siemens’ rolling stock plant in Krefeld, Germany, while the first vehicle if scheduled to be delivered by December 2015.

"The consortium will be responsible for the construction and maintenance of 1,140 new carriages to be used on London’s Thameslink commuter network."

Siemens’s new Desiro City fleet will allow the transfer of the existing fleets of class 319 and class 377 used on Thameslink services to other routes, including newly-electrified lines west of London and in the north-west of England.

In June 2011, the Siemens-led Cross London Trains consortium, comprising Siemens Project Ventures, Innisfree and investment firm 3i Infrastructure, was named as preferred bidder to build, own, finance and maintain new trains and depots for the Thameslink Programme.

Following the announcement, UK RMT rail union said that 1,400 manufacturing jobs have been lost at Bombardier’s plant in Derby, UK and about 10,000 more jobs in the supply chain will be at risk.

RMT general secretary Bob Crow said: "The fight to save Bombardier in Derby, and train building in the nation that gave the railways to the world goes on."

Image: The first Siemens Desiro City train will be delivered by December 2015, which will replace the existing fleets of class 319 and class 377 used on Thameslink services.