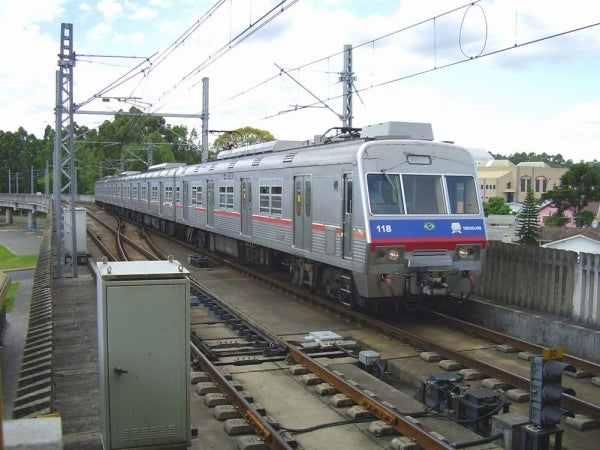 Trensurb, the metro rail operator in the Brazilian city of Porto Alegre, has awarded a €94m contract to the FrotaPoa consortium, comprising Alstom and CAF Brazil, to provide 15 trains.

Alstom will have a €80m share and will be responsible for 90% of the contract delivery, supplying the main part of the metro trains, while the bogies will be provided by CAF Brazil.

Designed to operate on Porto Alegre Metro line 1, the trains are expected to be completed ahead of the FIFA World Cup in 2014. The addition of the trains will increase Trensurb’s fleet by about 60%.

The Metro trains that will be delivered to Trensurb are part of the Alstom Metropolis category.

The trainsets will be capable of accommodating around 1,000 passengers and will be equipped with automatic doors and wide gangways that will improve accessibility for all passengers including those of reduced mobility.

The cars will also have air-conditioning and automatic temperature control to improve passenger comfort, according to Alstom.

Passenger information and communication systems, including CCTV for increased security, will also be fitted on the Metropolis trains.

The maintenance of the trains will be facilitated by the Alstom-developed Traintracer system, which allows fault monitoring in real time.

"Alstom will have a €80m share and will be responsible for 90% of the contract delivery."

The Metropolis trains are expected to have a life span of 30 years and will be built at Alstom’s manufacturing plant in Lapa, Brazil.

The 33.8km Porto Alegre Metro Line 1 started operation in 2 March 1985 between the Central Public Market and Sapucaia do Sul. The line serves 17 stations and carries 170,000 commuters every day.

Extension of Porto Alegre Metro line 1 from Sao Leopoldo Museum to New Hamburg (Novo Hamburgo) is part of the Brazilian government’s plan to refurbish transport infrastructure in the country ahead of the 2014 FIFA World Cup.

The extension of the line is budgeted at about $540m and involves the construction of 9.3km of elevated tracks, four new stations – three in Novo Hamburgo and one in Sao Leopoldo – plus infrastructure for a future fifth station.

Image: Alstom will deliver the majority of the metro trains and CAF Brazil will provide bogies for the Porto Alegre Metro line 1.