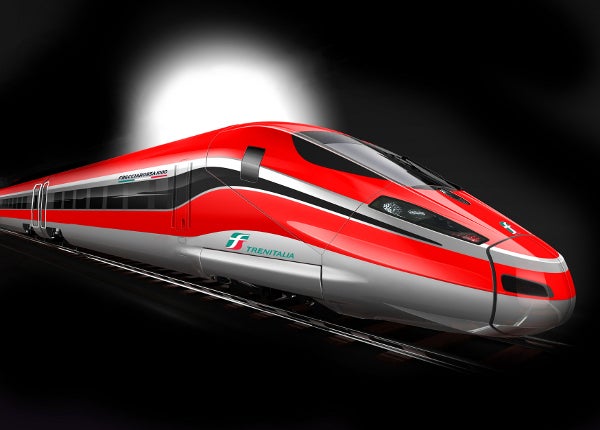 Italian rail operator Trenitalia has unveiled a full-scale mock-up of the of the Frecciarossa 1000 high-speed train in Rimini, Italy.

The Frecciarossa 1000, which is being built by Bombardier and AnsaldoBreda, is the newest member of Bombardier’s Zefiro family of high-speed trains, known as V300Zefiro.

With a capacity of up to 600 passengers, the Frecciarossa 1000 will have a design speed of 400km/h. Trenitalia expects to operate the trains at up to 360km/h on the Alta Velocità network, reducing the Rome-Milan journey time to two hours and 20 minutes.

The eight-car 202m train will have 469 seats and two spaces for passengers using wheelchairs.

Production, testing and commissioning of the V300Zefiro has been carried out at AnsaldoBreda and Bombardier facilities in Italy.

Assembly is being undertaken at an AnsaldoBreda plant in Pistoia and the first trains are scheduled to enter service in 2013.

Bombardier’s high-speed trains engineering hub site, located in Hennigsdorf, Germany, is also involved in the development of the train.

Image: Frecciarossa 1000 high-speed trains will have a length of 202m and can carry 600 passengers. Photo: courtesy of Bombardier.