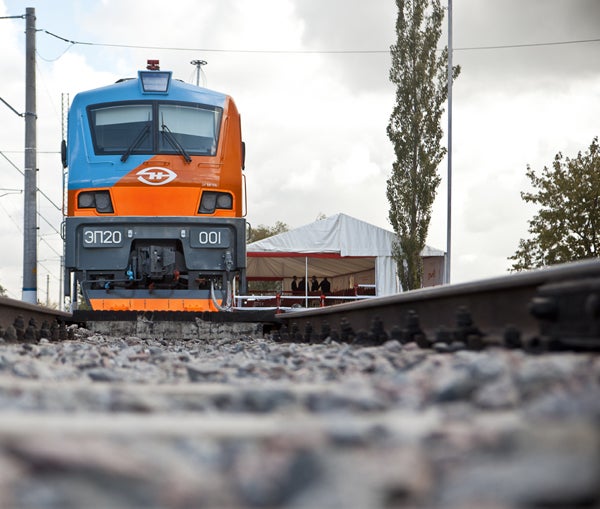 The EP20 locomotive is the first Alstom-TMH joint product developed by the TRTrans engineering centre, a joint venture between the two rail manufacturers that was established on a 50-50 basis to develop new rolling stock products for railways.

The electric passenger train can operate at a maximum speed of 200km/h and is claimed to be the first of its kind produced in Russia.

The locomotives, which are being built at Novocherkassk Plant (NEVZ) in the Rostov region of Russia, are part of a €1bn contract won by Alstom and TMH to design and produce 200 passenger locomotives for RZD.

The 7,200kW triple-bogie locomotive, designed to operate in temperatures as low as -50°C, will be equipped with current collection and catenary voltage transformation systems to allow operation on both voltage systems of the Russian network.

"The electric passenger train can operate at a maximum speed of 200km/h and is claimed to be the first of its kind produced in Russia."

RZD expects to take delivery of three units per month until the end of 2013, and the trains will initially be operated on the Moscow – Sochi route for the Winter Olympic Games in 2014, reducing the travel time between the cities by more than half.