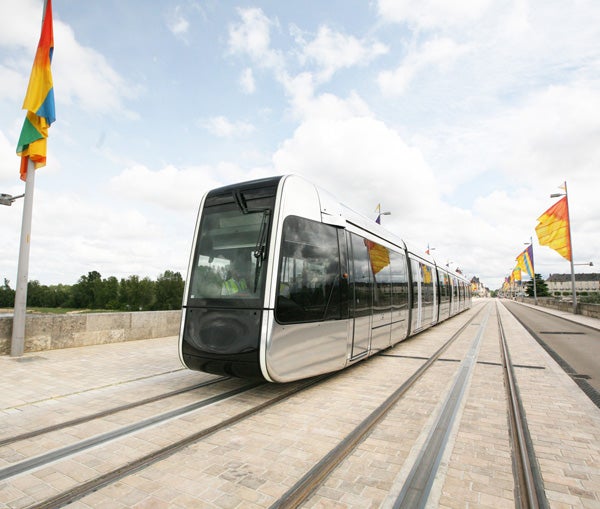 The city of Tours in France has opened the first line of its tramway network, which will be served by Alstom Citadis trams.

Construction of the 15km, 29-station north-south tramway line, which connects Vaucanson in the northeast with Lycée Jean Monet in the south-western suburb of Joué-les-Tours, started in 2010 and is expected to have cost more than €400m.

The new line is expected to serve 54,900 passengers a day and will use 21 new Alstom Citadis trams, which are 43m long and capable of accommodating 280 passengers.

A 1.8km section of the new line between Tours train station and Place Choiseul is equipped with Alstom’s APS system to avoid the need for overhead wires.

The APS uses a third rail and ground-level power supply located between the tracks to power the vehicle as it passes over the track.

The new line, to be operated by Keolis Tours, has been developed for the Greater Tours Transport Union (SITCAT) by the CitéTram consultancy, which includes Transdev subsidiary Transamo and local firm SET.

Colas, Eiffage and Eurovia have undertaken the civil engineering works, while track work was overseen by TPPL and TSO, and the overhead line and power supply was carried out by Colas Rail.