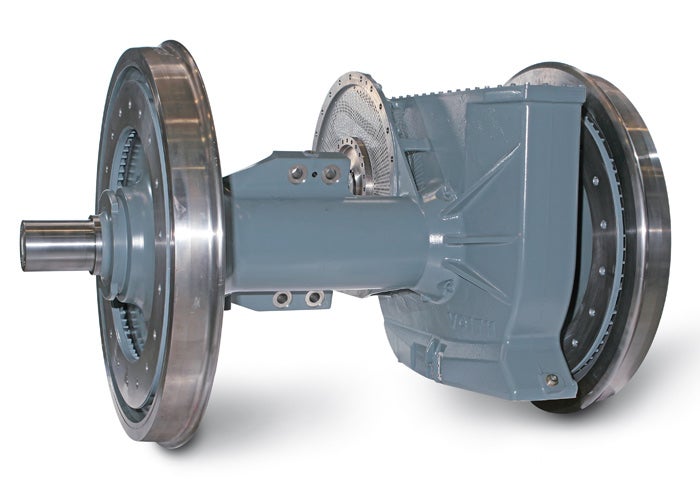 EL 8300 requires one gear unit for each of its six axles and Toshiba has decided to equip the SET-544 gear unit from Voith.

Voith has begun the engineering and production of the complete wheelsets.

Other than the gear unit, the Voith wheelset system also includes wheelset shaft and wheels, which will be mounted on Voith’s wheelset press and equipped with wheel brake discs.

Toshiba has ordered 522 complete Voith wheelsets for 87 goods train locomotives to be operated by the Korean Railroad Corporation (Korail) for freight transport.

"EL 8300 requires one gear unit for each of its six axles and Toshiba has decided to equip the SET-544 gear unit from Voith."

Upon delivery, the complete wheelsets will undergo strict tests on the Voith test stand.

In March 2010, Toshiba won a JPY10bn ($127m) contract from Hyundai Rotem to supply key electrical equipment and systems for electric locomotives for Korail.

Toshiba won a second contract in March 2012 worth more than JPY3bn ($38m) from Hyundai Rotem to deliver key electrical parts for the 8500 series electric locomotives for Korail.

The contract included the supply of traction drive systems and auxiliary power supply systems for 31 6.6MW electric freight locomotives in the 8500 series, with delivery scheduled to take place between April 2012 and March 2013.

Image: Voith wheelsets will be installed on the 8300 series electric locomotives of Hyundai Rotem. Photo: courtesy of Voith.