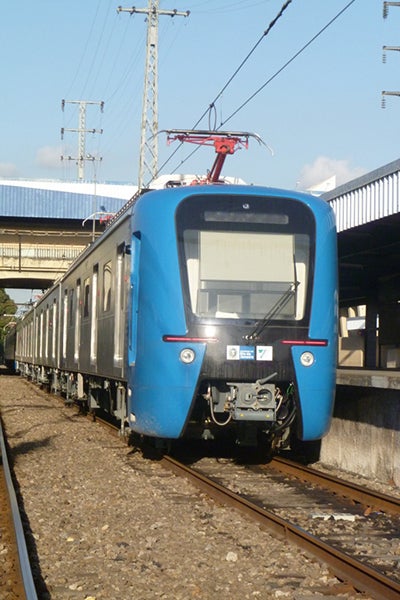 Under the deal, the Japanese firm will be responsible for delivery of propulsion systems, auxiliary power systems and train monitoring systems for 60 four-car trains.

Delivery of the equipment is scheduled to be delivered during the period September 2013 to December 2014.

According to the company, the new order covers drive systems integrating its power-saving VVVF inverter and traction motors, auxiliary power systems for in-car lighting and air-conditioning, as well as the train monitoring systems.

The move is part of Brazil’s Government’s aim to promote a growth-acceleration programme, including investment in electricity generation and transmission, as well as upgrading its transportation network ahead of the 2014 World Cup and 2016 Summer Olympics.

As part of its growth acceleration programme (PAC2) budgets, the government will invest more than $26bn in rail in the four years between 2011-2014.

Upgrading work on railway networks will be carried out at cities that will host the events, including Sao Paulo and Rio de Janeiro.