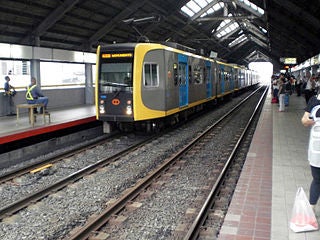 A PHP59.2bn ($1.3bn) contract to modernise, extend and operate a rail transit network in the Philippines is set to progress with three companies expressing an interest to rebid for the contract.

The development comes after the Philippine Government announced its plans to improve the terms for the winning bidder of the project.

The Philippine capital of Manila is reportedly investigating the possibility of eliminating the need for the winning bidder to pay real property taxes on the rail system’s 12km extension while allowing for an undisclosed subsidy.

The changes to the terms of the project are subject to a final approval by the National Economic and Development Authority (NEDA) board, following which a new bidding schedule is expected to be announced later in 2013.

"The development comes after the Philippine Government announced its plans to improve the terms for the winning bidder of the project.

"The critical thing is to ensure that the project is viable. We are still keen to participate under improved terms and look forward to the final decision."

Metro Pacific and DMCI separately expressed their interest in rebidding.

The proposed project is the largest offered by Manila to the private sector in a list of 30 public private partnership (PPP) contracts.

The contracts are intended to improve the country’s ageing transport infrastructure to support continued growth in the Philippine economy.