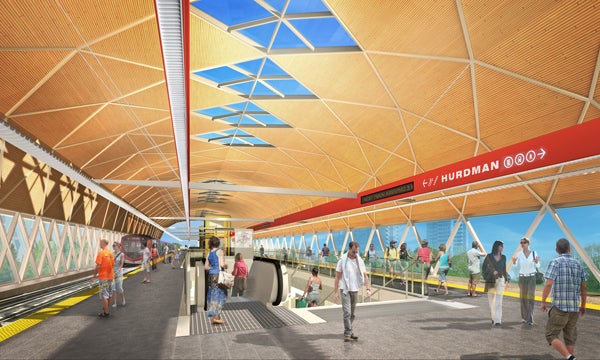 Each consortium was prequalified to submit proposals after an initial request for qualifications was completed in October 2011.

Ottawa city officials and Infrastructure Ontario will start the evaluation of the submissions and recommend a preferred bidder along with the design, cost and schedule to council for approval by the end of 2012.

The winning team will be responsible for the construction of the OLRT, a 12.5km light rail line through the city that is scheduled to start construction in early 2013.

Ottawa Mayor Jim Watson said: "The council is looking forward to awarding the contract later this year and getting shovels in the ground in 2013."

The line will run from Tunney’s Pasture Station to Blair Station, including a 2.4km downtown tunnel from Brickhill Street to south of Laurier Avenue, while the remaining LRT alignment will follow the city’s existing bus rapid transit (BRT) corridor called the Transitway.

13 new stations have been are proposed along the 12.5km route, three of which would be located in the underground downtown core portion.

"The council is looking forward to awarding the contract later this year and getting shovels in the ground in 2013."

Construction of underground infrastructure will be carried out by methods that include cut-and-cover, sequential excavation techniques and the use of a tunnel boring machine (TBM).

In July 2012, the City of Ottawa received environmental assessment approval from the Canadian government for the OLRT project.

Scheduled to be completed by the end of 2017 and enter full revenue service in spring 2018, the project is expected to generate around $3.2bn in economic activity and 20,000 person-years of employment during the construction phase.

Upon completion, the line will carry 10,000 people an hour in each direction during the morning rush hour, saving commuters approximately 15 minutes.

Image: An artist’s impression of the new Hurdman station interior as part of the OLRT project, due to begin construction in early 2013. Photo: courtesy of Ottawa Light Rail.