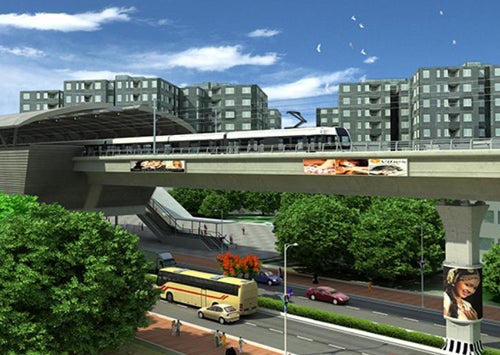 Thales India has won a Rs7.4bn ($136m) contract from Larsen & Toubro to provide signalling and communications systems for the Hyderabad Metro Rail Project in the Indian state of Andhra Pradesh.

Under the deal, Thales will install communications-based train control (CBTC) and integrated communications and supervision (ICS) systems on the future Hyderabad metro’s lines 1, 2 and 3, which will cover a total distance of 72km and serve 66 stations.

Thales will design, build, deliver and manage the installation of its SelTrac CBTC signalling technology for the elevated metro rail project.

The first section of the fully automatic rail network is scheduled to open between late 2014 and early 2015.

Following completion of construction work on the entire network, which will be carried out in phases from late 2014 to 2017, the metro is expected to transport around 1.5 million passengers a day.

"The first section of the fully automatic rail network is scheduled to open between late 2014 and early 2015."

Hyundai Rotem won the contract over three other companies shortlisted by L&T, including Canada’s Bombardier, Spain’s CAF and China’s CSR.

French firm Keolis secured a contract from L&T Metro Rail in May 2012 to operate and maintain the new metro system for eight years.