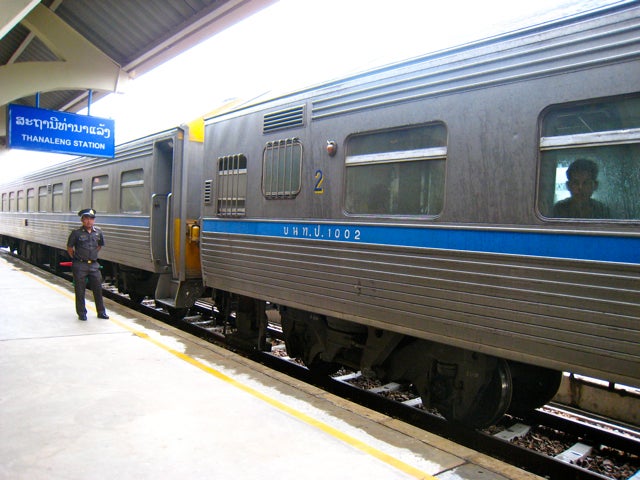 The Government of Thailand has agreed to provide THB1.6bn ($50m) to support the extension of the Tha Na Laeng to Vientiane, Laos, railway line.

The 7.8km extension is expected to be finished by 2014, which includes a cross-border railway between Nong Khai in Thailand and Tha Na Laeng in Laos that will be extended to Laotian capital Vientiane.

Extension of the existing rail system will also include the construction of a new train station and office in Vientiane.

Thai development aid will provide around 30% of the total budget, while the remaining costs will be covered by long-term soft loans.

The Thai-Laos rail link is the first metre-gauge railway track that connects Thailand and its landlocked neighbour Laos.

In 2004, the Thai and Laos governments signed an agreement to build the railway line from the middle of the Mitraphab Friendship Bridge, joining the Thai side track to Tha Na Laeng.

"The track is currently 3.5km long, starting at Nong Khai in Thailand and ending at Ban Tha Na Laeng in Laos."

The track is currently 3.5km long, starting at Nong Khai in Thailand and ending at Ban Tha Na Laeng in Laos.

Phase 1 of the project included the construction of a 3.5km railway track between Nong Khai in Thailand and Tha Na Laeng in Laos.

Construction work for the first phase of the rail link by Sermsanguan Construction began in October 2006 and was finished by April 2008.

The track was initially tested in 2008, following completion, with the rail link opening to the public for passenger and cargo services in March 2009.

The first phase of the project cost THB197m ($5.4m) and was funded by the Thai Government, structured in the form of 30% grant and 70% soft loan.

Image: The 7.8km extension of the rail route will connect the line to Laotian capital Vientiane. Photo: courtesy of saka-san.