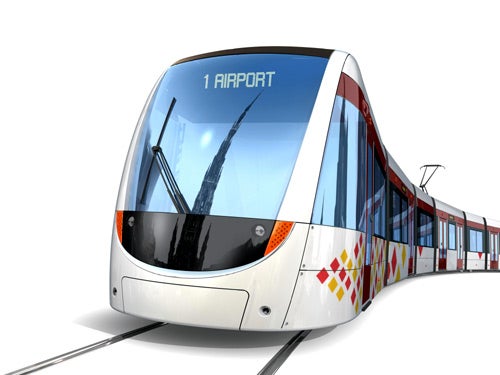 Testing of Edinburgh’s tram system in Scotland is scheduled to start from 26 November 2012 on the overhead 750V dc power lines, between the depot at Gogar Castle Road and Edinburgh Airport.

The system and tram tests are the last part of the development of Edinburgh Trams Section B, which is scheduled to be handed over to Edinburgh City Council by contractors Siemens and Bilfinger Berger in March 2013 after the testing.

The initial 2.8km section, which is expected to be opened to the public in July 2014, will be the first stage of the 13.5km, 16-station line from the airport to York Place station.

Edinburgh City Council transport convener Lesley Hinds said the tests are a vital part of the tram system’s development to ensure it is reliable and safe for future services.

"We have been in touch with residents and businesses along the route to make sure they know the tests are taking place and so they have important safety advice," Hinds said.

"The tram project is progressing well and it’s good to see that a long stretch of track is almost complete and that we’ll see trams running on it very soon."

Trams on the line will be operated at a top speed of 70km/h and residents are being advised to look both ways at crossing locations for passing trams and other vehicles.

According to Edinburgh City Council, about £110m remains unspent of the revised project budget, which stands at £776m.

Spanish railcar manufacturer Construcciones y Auxiliar de Ferrocarriles (CAF) is delivering 27 low-floor LRVs of 42.8m for the line, the first of which was delivered in April 2010.

Image: CAF is delivering a fleet of 27 seven-module trams to be operated on the new line.