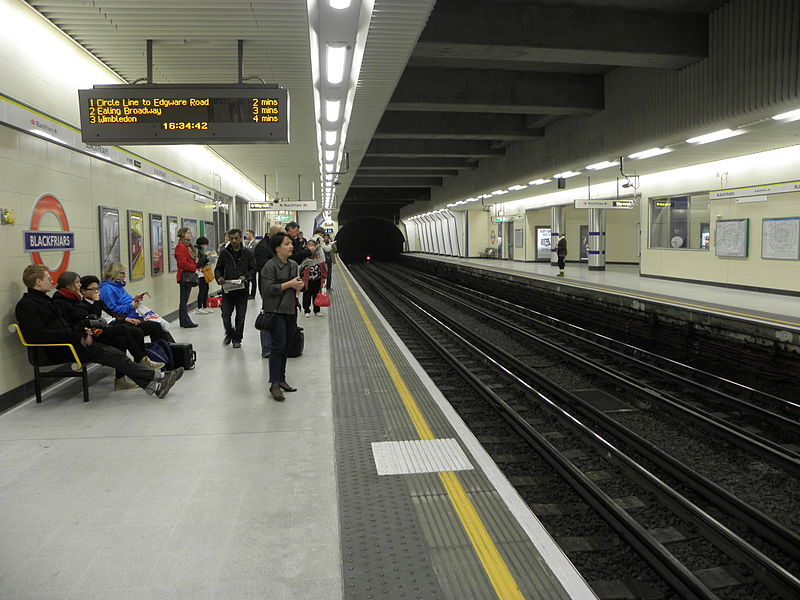 Tata Steel has installed a special railway track called SilentTrack for the first time in the UK at Blackfriars, London, to help reduce rail traffic noise in and around the station by up to 50%.

The installation of 1.3km of SilentTrack is part of the Thameslink Programme, which involves more frequent, longer and new trains serving three central London stations by 2018.

Tata Steel engineer and developer of SilentTrack David Benton said that with increased traffic through Blackfriars, as part of the Thameslink Programme, it was important to consider measures to keep noise to a minimum for local residents and businesses.

"SilentTrack will reduce peak noise levels from moving trains by about a half," Benton said.

"This means the enhanced railway, when it opens later this year, will have no greater noise impact than the existing railway."

SilentTrack uses dampers that are made by encasing steel in a rubber-like material and have to be tailored to each application.

The dampers are attached to the sides of railway track to absorb vibration in the track as trains move over it, which reduces their overall noise impact.

"Every form of railway track design responds differently as trains pass over it, so the noise produced has a different frequency spectrum," Benton said.

"We analyse the track characteristics and ensure the damper is configured to absorb vibration at the frequencies that are producing the greatest sound power."

Tata Steel engineers have teamed up with experts from the Institute of Sound and Vibration Research at the University of Southampton to develop the SilentTrack, while also focusing on the wheel / rail interface.

Tata’s laboratories worked with Southampton University’s lnstitute of Sound and Vibration Research to develop dampers that are acoustically tuned to railway tracks, which cut rail traffic noise by up to 50% in and around railway stations by absorbing vibrations.

The company said, more than 140km of SilentTrack has already been installed at 13 locations worldwide, including Sydney, Australia, Oslo in Norway and the Rhine Valley, in Germany.

Image: Tata Steel’s SilentTrack installed at Blackfriars station will help reduce rail traffic noise in and around the station by 50%. Photo: courtesy of Sunil060902.